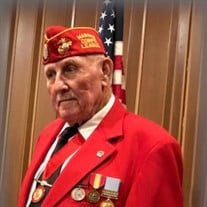 Funeral services will be held on Monday, March 1, 2021 at 2:00 PM in Martin & Castille's La Fleur de Lis Chapel in Lafayette, for Alton Paul "Fat" Begnaud, 86, who died on Saturday, February 20, 2021 at his residence in Lafayette. Interment will be in Lafayette Memorial Park Cemetery. Reverend Weldon Moak, Pastor of First Baptist Church in Broussard, will conduct the funeral services. For family members and friends who are unable to attend on Monday, March 1, 2021, at 2:00 PM, the service will be live-streamed to a Memorial Facebook Group dedicated to Alton Paul Begnaud. To join the group, click the link below and then "join group". The video will appear on this group at service time 2:00 PM. You may also share memories, pictures and condolences to the family in this group. Facebook link: www.facebook.com/groups/AltonBegnaud/ Survivors include his daughter, Sadie B. Credeur and her husband, James B. "Jim"; his three sons, Charles Camille "Bubba" Begnaud and his wife, Guadalupe, Jeffry Paul Begnaud and his wife, Ramona Joplin, and Anthony James "Tony" Begnaud and his wife, Tana Hess; his brother, Allen Alfred "Pookie" Begnaud; nine grandchildren, Michelle McAdams, Jake Begnaud, Natalie Brent, Jacey Begnaud, Milagros Hernandez, Omar Cruz, Nielsen Begnaud, Ana Michelle Begnaud and Kaitlin Hernandez; 12 great grandchildren; and one great great granddaughter. He was preceded in death by his beloved wife of 61 years, Maude Mary Roy Begnaud, on May 31, 2016; his parents, Camille and Verna Begnaud; and his brother, Jerry Begnaud. Born on July 29, 1934 and a lifelong resident of Lafayette, Alton Paul Begnaud was a wireline operator for Welex, a Halliburton Company for 28 years. Then he was an independent hot shot driver for 12 years, retiring in 1996. Alton was a Charter member of AMVETS Post #2007 Lafayette, Marine Corps League Detachment #488, and Lafayette American Legion Post #241. He loved traveling and camping with his wife and kids. Never passed a chance to visit different parts of the United States with his family. He was a voracious reader, especially mysteries and westerns. Fishing was his other passion. No lake, pond, bayou or river was left untested. Alton proudly served his country as a member of the United States Marine Corps, serving in the Korean War. His love for the Marine Corps lead him to helping many veterans organizations, with his forté being cooking for veterans. Pallbearers will be his brother Allen Begnaud and members of the Marine Corps League. The family requests that visitation be observed in Martin & Castille's SOUTHSIDE location on Monday, March 1, 2021 from 11:00 AM until time of service. Memorial contributions can be made in Mr. Begnaud's name to local veteran associations, such as, Marine Corps League, American Legion and AMVETS. A heartfelt appreciation is extended by the Begnaud family to his daughter Sadie Credeur and her husband Jim for their care of Alton in his final days. View the obituary and guestbook online at www.mourning.com Martin & Castille-SOUTHSIDE-600 E. Farrel Rd., Lafayette, LA 70508, 337-984-2811

Funeral services will be held on Monday, March 1, 2021 at 2:00 PM in Martin & Castille's La Fleur de Lis Chapel in Lafayette, for Alton Paul "Fat" Begnaud, 86, who died on Saturday, February 20, 2021 at his residence in Lafayette. Interment... View Obituary & Service Information

The family of Alton Paul Begnaud created this Life Tributes page to make it easy to share your memories.

Send flowers to the Begnaud family.