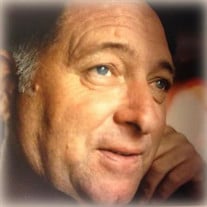 Funeral services will be held on Monday, August 2, 2021 at a 10:00 AM Mass of Christian Burial in the Cathedral of St. John the Evangelist in Lafayette for Aubrey Donald Cole, age 93, who passed away on July 27, 2021 at his residence surrounded by his family. Interment will be in Calvary Cemetery in Lafayette. The Very Reverend Chester C. Arceneaux, VF, Rector of the Cathedral of St. John the Evangelist, will officiate the funeral Mass and will conduct the funeral services. Msgr. J. Douglas Courville will be the Concelebrant and the Homilist. Survivors include his beloved wife of 66 years, Lois Trahan Cole; his six sons, Michael Cole and his wife Christine of Clayton, NC; Mark “Aubrey” Cole and his wife JoAnn of Lafayette, LA; Dr. Paul Cole and his wife Rachel of Shreveport, La; Stephen Cole of Lafayette, LA; Joseph Cole and his wife Misti of Lafayette, LA; and John Cole and his wife Melanie of Lafayette, LA; his three daughters, Marie Cole Ballou of Lafayette, LA; Mary Hawes and her husband Douglas of Allen, TX and Frances R. Cole of Lafayette, LA. Nineteen grandchildren, Jason, Thomas and Matthew Cole; Natalie Guidry, Damon Hernandez, Brandon and Lauren Cole; Joshua, Olivia, Andrew, Miriam and Charlotte Cole; Megan Prewitt and Kaitlyn Ballou; Hannah, Noah and Jonah Hawes; Ethan and Aubrie Cole and thirteen great grandchildren. He is also survived by his brother Hugh Cole and his five sisters Rose Cole, Dorothy Carver, Betty Landreneau, Ann Clay and Helen Atchison. He was preceded in death by his parents, Mr. and Mrs. Samuel R. Cole, Sr., his brothers, Samuel R. Cole Jr., Charles Cole, Fitzgerald Anthony Cole, his sister Dorothy Mae Cole and his great grandson Stephen Michael Prewitt. Aubrey was born in Pine Prairie, LA on November 29, 1927. He graduated from Pine Prairie High School in 1944. He then received a basketball scholarship from McNeese Junior College where he attended for three years before transferring to play basketball and earning his bachelor’s degree in Physical Education from Southeastern Louisiana University in 1949. He was inducted into the Southeastern Athletics Hall of Fame in 1948. He was drafted to play professional basketball for the ABL in 1949 playing for the then Baltimore Bullets and Bridgeport Aer-A-Sols. Aubrey was drafted and served in the Korean Conflict for the United States Army from 1952-1954 earning a Bronze Star. Upon returning home, Aubrey attended Louisiana State University and received a Master’s degree in Kinesiology and began coaching at Kinder High School. He met Lois Trahan on a blind date in August of 1954 and they married the following April 16, 1955. Shortly after they married, Aubrey and Lois moved to Lafayette where he went to work for her father, Gus Trahan who owned General Office Supply. Aubrey took over the running of General Office Supply and ran it very successfully for almost forty years. Aubrey was involved in his church community. He was an active member of the Cathedral of St. John the Evangelist Parish, serving as parish council president and was a member of the Knights of Columbus. He also won the City Championship golf tournament in 1963 as well as the state Knights of Columbus tournament. Aubrey and his wife Lois owned a farm in St. Landry Parish where they raised Santa Gertrudis cattle for many years. Upon his retirement, Aubrey indulged in his lifelong love of golf and spending time on the Texas and Florida Gulf coast. He and Lois loved to travel to Panama City Beach, Florida and Gilchrist, Texas and they especially loved seeing and spending time with their children and grandchildren. Pallbearers will be Joshua Cole, Andrew Cole, Brandon Cole, Damon Hernandez, Noah Hawes and Douglas Hawes. The family requests that visitation be observed in Martin & Castille's DOWNTOWN location on Sunday from 3:00 PM to 8:00 PM and will continue on Monday from 8:00 AM until time of services. A Rosary will be prayed on Sunday at 6:00 PM in the funeral home. Memorial contributions can be made in Aubrey Cole's name to Hospice of Acadiana, 2600 Johnston Street, Suite 200, Lafayette, LA. 70503. View the obituary and guestbook online at www.mourning.com Martin & Castille-DOWNTOWN-330 St. Landry St., Lafayette, LA 70506, 337-234-2311

Funeral services will be held on Monday, August 2, 2021 at a 10:00 AM Mass of Christian Burial in the Cathedral of St. John the Evangelist in Lafayette for Aubrey Donald Cole, age 93, who passed away on July 27, 2021 at his residence surrounded... View Obituary & Service Information

The family of Aubrey Donald Cole created this Life Tributes page to make it easy to share your memories.

Send flowers to the Cole family.