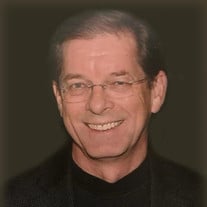 Charles “Glynn” Rhinehart’s greatest desire on earth was to daily draw close to Jesus. On August 25th, at the age of 73, he did just that and now rests in the arms of his Savior, his Lord and his Closest Friend. Born in Winnfield, La on August 17th 1948, Glynn was the youngest of eleven . A graduate of ULL with a masters from Colorado State, Glynn served with the Army Corps of Engineers and worked for both Chevron and Fugro Chance. He spent his life serving God, his family and anyone in need. Retirement was simply an excuse to spend more time loving on others and thinning out the fish population in local lakes and ponds. Yearly family reunions have always been a high point of Glynn’s life and this week marks the best one yet. His parents, Arthur and Ethel, as well as his siblings, Diane, Margaret, Mildred, Mable, Bob, Roy and Kenneth have been waiting for him. It would not be shocking if a fish fry and a game of Rook are already in progress. His sisters Faye (Sis)Williamson, Elaine Sheldon and brother Doug Rhinehart are here to pick up the slack at next years reunion at Caney Lake Lana aka “My Sweetness” and Glynn aka “My Everything” celebrated 50 yrs of marriage in May. Together they loved on 5 kids (and their spouses), Bryan (Kim) Rhinehart , Sarah(Tim) Walker, Tim (Emily) Rhinehart, John (Paige)Rhinehart and Ben Rhinehart. They will miss the love and wisdom he communicated to them daily. His son/daughter-in-laws , Tim Walker, Kim Rhinehart, Emily Rhinehart and Paige Rhinehart were loved as his own children. “Papa’s” 9 grandkids will miss riding with him on the “Gator” and the tea cakes he often baked for them in the kitchen. Glynn often quoted Proverbs 22:1, “A good name is to be chosen rather than great riches, loving favor rather than silver and gold.” He frequently told his family that his greatest desire was to leave them what his father left him: a good name. For the record, his family would say “Mission Accomplished”. Visitation will begin at 9:30am at First Baptist Church of Lafayette followed by a celebration of his life at 11am this Saturday, August 28th. Following the service, Glynn will be buried at 3pm at Liberty Methodist Chapel in Williana, LA If you would like to honor Glynn in a tangible way, there are two options: Add to his legacy of serving others by giving to the Benevolence Fund at the First Baptist Church of Youngsville, LA, 623 Lafayette Street Youngsville, LA 70592 Or add to his legacy of teaching by giving to Student Scholarships at the New Orleans Baptist Theological Seminary, 3939 Gentilly Blvd. New Orleans, LA 70126 View the obituary and guestbook online at www.mourning.com Martin & Castille-DOWNTOWN-330 St. Landry St., Lafayette, LA 70506, 337-234-2311

Charles &#8220;Glynn&#8221; Rhinehart&#8217;s greatest desire on earth was to daily draw close to Jesus. On August 25th, at the age of 73, he did just that and now rests in the arms of his Savior, his Lord and his Closest Friend. Born in Winnfield,... View Obituary & Service Information

The family of Charles "Glynn" Rhinehart created this Life Tributes page to make it easy to share your memories.

Charles “Glynn” Rhinehart’s greatest desire on earth was to daily...

Send flowers to the Rhinehart family.