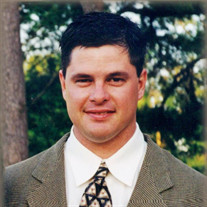 A Mass of Christian Burial will be held at 11:00 AM on Saturday, May 8, 2021 at Cathedral of St. John the Evangelist in Lafayette, 515 Cathedral St, Lafayette, LA 70501 for Clarke Clement Moore. Clarke went home to be with the Lord Jesus at the age of 58 on Wednesday, May 5, 2021 at his residence in Youngsville. The family requests that visitation be observed at Cathedral of St. John the Evangelist on Saturday, May 8, 2021 from 9:00 AM until the time of the mass at 11:00 AM. Entombment will be in the Resurrection Chapel at St. John Mausoleum following the mass. The Very Reverend Chester C. Arceneaux, Rector of Cathedral of St. John the Evangelist, will conduct the funeral services. Clarke was a 1981 graduate of Lafayette High School. After graduation, he proudly served in the United States Air Force. His tours of duty included Europe and abroad. Following his discharge of active duty, he continued to serve his country in the Air Force Reserves. Clarke's work career was with the Louisiana Department of Transportation and Development until his retirement. Clarke's youthful appearance matched his easy going, lighthearted spirit. He always had greeting cards for all occasions and would decorate the recipient’s names so beautifully, adorning the envelopes with whatever occasion it may be. Every Valentine's Day, he would arrive before the day shift began at the hospital where Shelley worked and would have the largest heart shaped box of chocolates, flowers, balloons and a card awaiting Shelley's arrival to work. He took pride in his vehicle and always had it spotless for Friday and Saturday night dates with Shelley, then mass on Sunday. Clarke loved life! His parents instilled the love of camping in him and he continued his love for the outdoors by going camping and fishing every chance he could. He was a pro at pitching a tent and making it feel like a nice hotel room with either heat in the winter or cool air in the summer. He was a natural on the dance floor and loved to dance to any and every song the band played. One of Clarke's greatest pleasures was food, which is probably why he enjoyed going on cruises so much, where dining is plentiful and constant! When it came to traveling, Clarke could pack at a minutes notice, always looking forward to a new adventure. His travels took him from the beautiful coast of California to spectacular New York City and many countries abroad. Clarke was a very compassionate person, selflessly caring for his mother in her latter years of being totally dependent, never complaining and never leaving her or his father behind, taking his parents on vacations even when they were no longer able to care for themselves because he valued quality of life and made sure they enjoyed life as well. Watching sports was another of Clarke's enjoyments and he cheered on the LSU Tigers and New Orleans Saints louder and with more enthusiasm than most! If you ever were in a room when he was watching sports, you never forgot that experience! He is survived by his best friend of 26 years, his loving wife, Shelley Broussard of whom gave him the utmost care; his brother, Charles Moore; his sister, Charlotte Moore Cornay; his father-in-law, Lynwood J. Broussard; his sisters-in-law, Sharon Broussard, Sheri Broussard Everett and her husband Chris, who was like another brother to him and Sharon Moore; his brothers-in-law, Bennett Broussard, Brent Broussard and his wife Nicole; his nephews, Lance and Aaron Francois, Jacob Everett and Ross Broussard; nieces, Morgan and Alayna Broussard and his niece/godchild, Jennifer Cornay. He was preceded in death by his parents, Fred Stanley Moore and Cynthia Deshotels Moore; infant brother, Joseph Moore; brother, Stan Moore; sister, Brenda Moore and his mother-in-law, Marie C. Broussard. The family wishes to thank Dr. Perez, Clarke's wonderful nurse, Krista, and his caregivers Vantavia Martin, April Mitchell and especially Roylette Mitchell, whose compassionate love and care will never be forgotten. Also a special thanks to his many neighbors and friends who went above and beyond to enable him to stay home with dignity and respect throughout his last years. View the obituary and guestbook online at www.mourning.com Martin & Castille-SOUTHSIDE-600 E. Farrel Rd., Lafayette, LA 70508, 337-984-2811

A Mass of Christian Burial will be held at 11:00 AM on Saturday, May 8, 2021 at Cathedral of St. John the Evangelist in Lafayette, 515 Cathedral St, Lafayette, LA 70501 for Clarke Clement Moore. Clarke went home to be with the Lord Jesus at... View Obituary & Service Information

The family of Clarke Clement Moore created this Life Tributes page to make it easy to share your memories.

Send flowers to the Moore family.