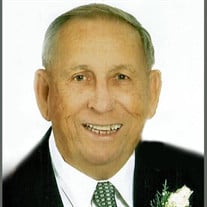 It is with saddened hearts that the family of Curtis Joseph Andrus, age 86, announce his passing away on Thursday, January 20, 2022 at his Lafayette home with his family at his bedside. No funeral service will be held, only a private ceremony with his immediate members in attendance. Curtis is survived by his wife of 63 years, Tomi Kyoko Andrus; three daughters, Brenda Calkins and husband Michael, Sharon Andrus, and Karen Sumner and husband Dave; four grandchildren, David Breaux, Sara Breaux, Clay Calkins, and Kali Calkins; sister in law, Wally Andrus; and many beloved nieces and nephews. He is preceded in death by his parents, Walter Andrus, Sr. and Jennie Bazor Andrus; eight brothers, Wilbur, Willie, Phillip “Pat”, Leon, Walter Jr., Jack, Floyd and Donald Andrus; and his sister, Lois Bernard. Curtis enlisted in the United States Navy at 17 years of age, serving four years on the USS Toledo during the Korean War. His military career continued for sixteen years in the United States Air Force, serving as a non commissioned officer at remote radar sites in Japan. It was there that he met his wife Tomi Kyoko Murota. His service brought him to Korea, and finally Clovis, New Mexico where he retired in 1973. Curtis then moved his family back home to Lafayette to be near family and friends. As a second career, Curtis worked for the United Postal Service as a rural route carrier and retired in 1998. Curtis was affectionately known as Paw Paw by his grandchildren who he loved dearly. He enjoyed supporting them in their sporting activities, as well as fishing, gardening, cooking, and traveling which brought such a peace to his life. A heartfelt appreciation is extended by the Andrus family to Curtis’ longtime physician and friend, Ronald Jenkins, M.D., the invaluable paramedics with Acadian Ambulance, the NSI Hospice amazing nurses, PT’s and OT’s, and staff, and all of his caregivers with A Care Partner in Life, especially Amber and Rashunda, and the ER and staff of Our Lady of Lourdes Regional Medical Center. View the obituary and guestbook online at www.mourning.com Martin & Castille-DOWNTOWN-330 St. Landry St., Lafayette, LA 70506, 337-234-2311

It is with saddened hearts that the family of Curtis Joseph Andrus, age 86, announce his passing away on Thursday, January 20, 2022 at his Lafayette home with his family at his bedside. No funeral service will be held, only a private ceremony... View Obituary & Service Information

The family of Curtis Joseph Andrus created this Life Tributes page to make it easy to share your memories.

It is with saddened hearts that the family of Curtis Joseph Andrus,...

Send flowers to the Andrus family.