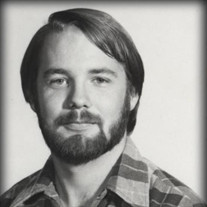 Dennis Michael Flynn, Sr., 70, died on Wednesday, April 21, at home in Lafayette, Louisiana. He is survived by his wife of 47 years, Anne Cottrell Flynn; daughter, Mollie Flynn Leonard and husband, Jason of Chandler, AZ; son, Dennis Flynn, Jr. and wife, Meaghan of Katy, TX; daughter, Kelly Flynn Grenier and husband, Derek of Lake Charles, LA. He is also survived by his beloved grandchildren, Sadie and Garrett Flynn and Conner and Mackenzie Grenier. He was preceded in death by his parents, Michael and Lorraine Trahant Flynn; sister, Noel Flynn Sagrera, and brother, Michael Flynn, Jr. Dennis was born and raised in New Orleans, LA and attended Warren Easton High School. He joined the Navy in 1971 where he found his passion and developed his career in photography. He started his career at the Ralph Romaguera Photography studio in New Orleans. During this time he met Anne, the love of his life. The newlyweds eventually moved to Lafayette and Dennis joined the Lafayette Parish Sheriff’s Office where he worked for 13 years as a Lt. Detective. While working for LPSO he developed the foundation and created the photography division of LPSO’s Crime Scene Investigation Unit. Dennis eventually transitioned into a career in television working for local television station, KATC as a Videographer and Assignments Editor. After his children grew up, Dennis accepted positions in larger markets, eventually working at WAFB, WBRZ in Baton Rouge and WDSU in New Orleans. He retired in 2009 and spent the remainder of his years traveling and making memories with his friends and family. A memorial service to celebrate his life will be held at a later date. View the obituary and guestbook online at www.mourning.com Martin & Castille-DOWNTOWN-330 St. Landry St., Lafayette, LA 70506, 337-234-2311

The family of Dennis Michael Flynn, Sr. created this Life Tributes page to make it easy to share your memories.