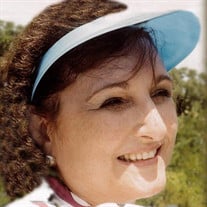 Doris Landry Theall, a woman of indeterminate age, peacefully passed away in her sleep on Wednesday, March 30, 2022. Catholic Funeral Services will be held at 2:30 PM on Saturday, April 2, 2022, in La Chapelle de Martin & Castille in Lafayette, at the St. Landry Street location. The family requests that visitation be observed in Martin & Castille's DOWNTOWN location on Saturday, April 2, 2022, from 9:00 AM until time of services at 2:30 PM. A Rosary will be prayed on Saturday, April 2, 2022, at 1:30 PM in Martin & Castille Funeral Home. Interment will be in Lafayette Memorial Park Cemetery. The Very Reverend Chester C. Arceneaux VF, Rector of St. John the Evangelist Catholic Church, will be the Celebrant of the funeral services. Left behind to cherish her memory is her daughter, Judge Susan Theall; her sons, Michael Theall (Liz) and Joel Theall (Annemarie); her grandchildren, Torrey Frank Theall, Mariena Theall Dearman (Ryan), Colin Theall, Kevin Theall, Mackenzie Theall, and Anjolie Theall; one sister, Pat Gannard; and nieces and nephews, Betty Broussard, Ricky Guthrie, Tanya Greenwald, Kim Bergeron, Cheryl Henson, Kyle Guidry, Kathy Racca, Cindy Ledet, Ronnie Ledet, and Randy Paul Gannard. Doris was preceded in death by her husband, Francis "Frank" A. Theall, Jr.; her beloved daughter, Jennifer Theall Crounse; her parents, Euloge Landry and Laura Girouard Landry; her siblings, Verna Guthrie, Rose Guidry, Goldie Racca, Shirley Ledet, Anna Riu, and Emery Landry; and nephews, Dale Riu and Charles “Penook” Ledet. Doris was born in Broussard, Louisiana, where she attended St. Cecilia and graduated with honors. After meeting Frank, she knew she met the love of her life and remained happily married until his death. Doris worked at the University of Southwestern Louisiana where she made lifelong friends and played Pokeno with the same women for at least 50 years. After Doris retired, she lived life to its fullest by traveling the world, cataloging all of her travels in over 50 scrapbooks. Some of her destinations included Australia, New Zealand, China, Tibet, South America, Israel, Africa, Canada, Mexico, and almost every country in Europe. She was especially proud of the fact that she visited every state, except for four. Doris was a charter member of the Krewe Tous Seul, was a member of the Krewe of Zeus, Silver Spoon Dinner Club, Red Hat Society, and New Acadians. She participated in the Military Officers Association of America with her longtime friend, Charles "Buddy" Guidry. Doris concentrated on having as much fun as she could and was always prepared for any invitation. She would never divulge her age because she did not want to be treated like an "old lady" because in her mind she was forever young. Doris enjoyed Patricia Gannon's social columns, especially when Patricia said, "Some women are like orchids, exotic and rare. They stand out from the crowd. Strikingly unconventional - though often characterized as quirky - they have an unforgettable grace that commands attention and will possess a little mystery." Doris Theall was an orchid woman if ever there was one. Doris was a charismatic, fun loving, caring mother, grandmother, sister, aunt, and friend. People who met her went away feeling special because she was so kind to everyone. She loved working in her yard, caring for her swimming pool and hosting pool parties. Although Doris had many interests in life, her passion was her family. Upholding the honor of pallbearers will be Michael Theall, Joel Theall, Torrey Theall, Colin Theall, Kevin Theall, and Kyle Guidry. A heartfelt appreciation is extended by the Theall family to Doris' numerous friends who have reached out in support of her family. View the obituary and guestbook online at www.mourning.com Martin & Castille - DOWNTOWN - 330 St. Landry St., Lafayette, LA 70506, 337-234-2311

Doris Landry Theall, a woman of indeterminate age, peacefully passed away in her sleep on Wednesday, March 30, 2022. Catholic Funeral Services will be held at 2:30 PM on Saturday, April 2, 2022, in La Chapelle de Martin & Castille in Lafayette,... View Obituary & Service Information

The family of Doris Landry Theall created this Life Tributes page to make it easy to share your memories.

Send flowers to the Theall family.