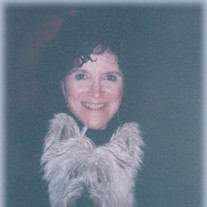 Dr. Carolyn Ruth Rudnick Ettinger passed away peacefully in Lafayette, LA on February 28 where she lived with the love of her life, her beloved husband, Dr. Ronald A. Hardey. The only child of Simon and Fannie Rudnick, she was born and raised in Shreveport, Louisiana where she attended and graduated from Byrd High School at the age of 16. Already a trailblazer, she knew at that age that she wanted to be a medical doctor, and she made that her goal. She attended the University of Alabama and Louisiana State University and was then admitted to LSU medical school where she ultimately realized her life dream, earning a fellowship in Pathology and a residency in psychiatry. She was devoted to assisting those with mental illness, and she maintained a private practice in psychiatry for over 20 years where she treated, assisted, and relieved the suffering of numerous of her patients. Throughout the course of her medical career, she supported her profession by teaching LSU medical students, consulting with the Social Security Administration, and lecturing at medical workshops. She served as President of Coliseum House Medical Center, and also served on the staffs of De Paul Hospital, Touro Infirmary, River Oaks Hospital, East Jefferson General Hospital and Charity Hospital of New Orleans. In addition to her devotion to mental health medicine, Ruth was also a seasoned world traveler, taking trips to China, Russia, Scandinavia, Japan, Europe, Africa and South America. She and Ronald were ardent Francophiles, and after her retirement, they studied French at Alliance Francaise and would spend the summers in various Gites in France. Ruth was also devoted to her Uptown home, her friends in New Orleans, and the Arts. She was an avid cook and was known for her annual Thanksgiving celebrations inviting family, friends and anyone who needed a place to celebrate. She adored lunches and dinners at New Orleans restaurants counting Galatoire’s, Clancy’s, and Commander’s Palace as some of her favorites. She served as a docent at the New Orleans Museum of Art and regularly supported and attended performances of the Symphony and the New Orleans Opera. She was a member of and supported Temple Sinai. She enjoyed playing bridge, where she met her husband, Ronald Hardey and instantly fell in love. She is survived by her children, Robert Daniel Ettinger, Jane Ettinger Booth, Eric Christopher Ettinger; her son in law, Vincent James Booth; her four grandchildren, Reilly Ettinger, Elizabeth Ettinger Leman, Owen Ettinger and Elio Ettinger; her great-granddaughter, Caroline Leman, and, her step children, Matthew Hardey, Kim Hardey, Jane Hardey Gauthier, and Kay Hardey Frentz. The family would like to give special thanks to Denise Kidder, Debra Champagne, Ciji Dupre, Carlotta Armelin, and Betty Roberts, her longtime, full-time caretakers, who were unfailingly patient and devoted to her. The family would also like to thank her doctors, Michael Alexander and Geoffrey Mire. The family has planned a celebration of her life to take place on her birthday in July at one of her favorite restaurants. In lieu of flowers, the family would appreciate donations to the New Orleans Museum of Art, the New Orleans Opera or the Louisiana Philharmonic. View the obituary and guestbook online at www.mourning.com Martin & Castille-SOUTHSIDE-600 E. Farrel Road, Lafayette, Louisiana, 70508. 337-984-2811

Dr. Carolyn Ruth Rudnick Ettinger passed away peacefully in Lafayette, LA on February 28 where she lived with the love of her life, her beloved husband, Dr. Ronald A. Hardey. The only child of Simon and Fannie Rudnick, she was born and raised... View Obituary & Service Information

The family of Dr. Carolyn Ruth Rudnick Ettinger created this Life Tributes page to make it easy to share your memories.

Send flowers to the Ettinger family.