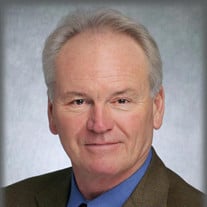 A Mass of Christian Burial will be held for Walter Stanley “Stan” Foster, Sr., M.D., at 1:00 PM on Saturday, January 9, 2021 at St. Pius X Catholic Church in Lafayette, LA. Dr. Foster was 65 years old when he passed away suddenly on December 13, 2020 in Pasadena, TX. The family requests that visitation be observed at 11:30 AM until the time of the services at St. Pius X Church. Rev. James Brady, JCL, Pastor of St. Pius X will conduct the funeral services. Stan was born on December 2, 1955 in Many, Louisiana to George Walter and Alice Mae (Davis) Foster. He graduated from Many High School and attended Northwestern State University, on a football scholarship. He married the love of his life, Gina Wofford, on August 11, 1974. Stan completed medical school at the LSU Medical Center in New Orleans, then performed an internship in pediatrics in Baton Rouge and a residency in orthopaedic surgery in the Charity Hospital System in New Orleans. He went on to practice in Alexandria with Mid-State Orthopaedics and Sports Medicine, where he was instrumental in organizing the yearly high school physical day, and created and implemented a program for all high schools in Cenla to have team doctors, physical therapists, and trainers available at all sporting events. He then moved to Lafayette where he practiced at Acadiana Orthopaedic Center and later Lafayette General Orthopaedic Clinic. During his career, Stan dedicated his time and efforts to the success of the Louisiana Orthopaedic Association. He served in many leadership roles such as President and Regional Director. He also represented Louisiana on the AAOS Board of Councilors and served as a mentor for many younger orthopaedic surgeons as they assumed roles of leadership in the association. Dr. Foster’s surgical career was cut short due to injury, but he evolved his career with a passion, always putting the health and welfare of his patients above all else. This passion was only matched by his desire to protect and promote the careers of his fellow orthopaedic surgeons. Up until his death, he found joy in his appointment by Louisiana State University to act as a mentor and guide to the orthopaedic residents at University Hospital and Clinics in Lafayette. Stan was an avid traveler, visiting various countries with Gina, throughout the world. He was a fisherman and hunter and his camp at Cypremort Point was his place of comfort. He found joy in creating a place where all were welcome and safe. He was devoted to his grandchildren, Mamie and Foster, who were his greatest pleasures. He was a member of St Pius X Catholic Church where his grandchildren attended school. He was a constant fan and supporter at all their school activities where all the students were excited to see “G-Daddy”. He spent countless hours teaching them life lessons and was actively involved in all parts of their lives. He was a man of strength and courage and will be missed by all whose lives he touched, with his caring and generous spirit. He left behind his devoted wife, Gina, his son, Stan Foster, Jr., and his daughter and son-in-law, Kellie and Robert Searcy; his grandchildren Mamie and Foster Searcy; his mother-in-law, Mamie Thomas; brother-in-law, Sam Wofford, and wife, Terry; and brother-in-law, Glen Wofford, and wife, Helen; along with numerous cousins, nieces and nephews whom he loved dearly. He was preceded in death by his parents, George Walter, Jr. and Alice Mae Foster; and his father-in-law, Sam Burton Wofford, Sr.; step-father-in-law, Gordon Thomas; and brother-in-law, Steve Wofford. Pallbearers will include Stan Foster, Jr., Rob Searcy, his nephew, Glen Wofford, and his godchild, Timothy Wofford. Honorary pallbearers will consist of The Podnah’s Group (You know who you are). Memorial contributions can be made in memory of Dr. Walter Stanley "Stan" Foster, Sr., to St. Pius Elementary School, 205 East Bayou Parkway, Lafayette, Louisiana, 70508 or www.Swollfest.com. Checks payable to Swollfest, Inc. can also be mailed to 8519 Highland Road, Baton Rouge, Louisiana, 70808. View the obituary and guestbook online at www.mourning.com Martin & Castille-SOUTHSIDE-600 E. Farrel Rd., Lafayette, LA 70508, 337-984-2811

The family of Dr. Walter Stanley "Stan" Foster, Sr. created this Life Tributes page to make it easy to share your memories.

A Mass of Christian Burial will be held for Walter Stanley “Stan”...