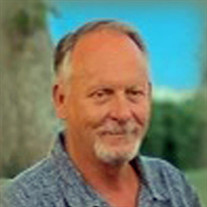 A Mass of Christian Burial will be held on Monday, September 27, 2021 at 10:00 AM at St. Pius X Catholic Church in Lafayette for Duane Michael Billeaud, age 66, who passed away on Tuesday, September 21, 2021 surrounded by his loving wife and family. The family requests that visitation be observed in Martin & Castille's SOUTHSIDE location on Sunday from 2:00 pm to 9:00 pm and will continue on Monday at St. Pius X Catholic Church from 8:00 AM until time of services. A Rosary will be prayed on Sunday at 7:00 pm in the funeral home. Interment will be in the Holy Mary Mother of God Cemetery in Lafayette. Fr. Gregory Heslip, LC, will conduct the funeral services. Con-Celebrants will be Rev. James Brady and Rev. Connor Poirrier. Survivors include his beloved wife of 41 years, Ann LeBlanc Billeaud; four daughters, Alesha Perkins and her husband John Ray III, Lauren LeBlanc and her husband Edward Scott, Erin Billeaud and her boyfriend Benjamin Breaux, and Catherine Billeaud and her fiance’ Payton Bland; five sons, Richard Billeaud and his wife Abigail, George “Randy” Billeaud and his wife Carrie, Jacob Billeaud and his girlfriend Jaylyn Lane, Michael Billeaud and his wife Caroline, and John Paul Billeaud; one sister, Carla Lancon and her husband Bob; one brother, Bryan Billeaud and his wife Andrea; fifteen grandchildren, John, Cecilia, Noah, and Lucy Perkins, Annelise, Aubrey, Caleb, and Benjamin LeBlanc, Fisher Billeaud, Connor, Sawyer, Charlotte, and Jack Billeaud, Elizabeth and Maria Billeaud; mother in law, Margorie LeBlanc; sister in laws, Mary LeBlanc, Elaine Morrow and her husband Frank, Lelia Allan and her husband Robert, and Yvonne LeBlanc; brother in law, Vincent Mallette and his wife Hazel; and numerous nieces and nephews. He was preceded in death by his parents, Herbert and Ezila Lagneaux Billeaud; paternal grandparents, Rene and Isaure Billeaud; maternal grandparents, Richard and Armofled Lagneaux; one brother, Troy Billeaud; father in law, George LeBlanc and sister in law, Renee Mallette. Duane was born and raised in Lafayette, Louisiana where he attended and graduated from Cathedral Carmel. He was the oldest of four children. As a child he took regular family vacations to the beach. Those regular beach vacations became a tradition that he continued throughout his life with his own wife and children. As a young child he loved to accompany his father on trail rides and regular trips to the rodeo. Once Duane became old enough to hold a job he began working for his father at the family owned water well company. After graduating college he began working in the family's machine shop. Duane obtained a degree in Chemical engineering from the University of Southwestern Louisiana as a Kappa Sigma alumnus. Throughout his life, Duane worked professionally as an engineer in many different capacities. The majority of his working career was spent employed by Baker Hughes. Duane was a devoted husband of 41 years, a proud father of nine kids and a grandfather of fifteen, for now. He was involved in various sporting ventures of both his children and grandchildren. As a father and coach, sports became a place where he was able to teach life's most valuable lessons to his kids. He was also a frequent participant in his sons’ cub scout adventures. Duane took his kids fishing as often as possible and taught his sons to hunt and shoot firearms as young men. He also frequently took his family on camping trips where he enjoyed the time he was able to spend with his wife and family. Duane always enjoyed the great outdoors and was able to instill this same love in all of his children. He was always planning his next great adventure. He enjoyed exploring all the treasures that our great country has to offer. Duane was genuinely an extremely hard worker with an outstanding work ethic. An attribute he was able to pass on to all of his children. He was known for fixing most anything and was willing to take on any project. He always had the best advice and seemed to be able to see through most issues and problems, usually offering the best of solutions. He was an engineer through and through, and lived life by his many checklists! Duane devoted the weekends to his grandchildren, including maintaining a pool just for them. If Mawmaw said no, Papop said yes! He was a fantastic cook and was known for his weekly Sunday feasts. He was known by many to enjoy the occasional cigar, accompanied by a cheap boxed wine and great conversation. He was a champion napper that could sleep most anywhere and through any commotion. Over his lifetime he developed a faith that became one of his most precious treasures. He was a committed Eucharistic adorer. One of his life's greatest desires was to help both his wife and children on the path to heaven. As he sits in the presence of our Lord, he will surely continue to pursue this final goal for those he loved the most, his family. Pallbearers will be his sons and son in laws, Richard Billeaud, George “Randy” Billeaud, Jacob Billeaud, Michael Billeaud, John Paul Billeaud, John Ray Perkins III, and Edward Scott LeBlanc. Memorial contributions can be made in Mr. Billeaud's name to Priests for Life, Covenant House, and Legionaries of Christ. A heartfelt appreciation is extended by the Billeaud family to our family at Our Lady of Lourdes ICU and Burn Unit and for all those who joined the family in prayer over the last three months. View the obituary and guestbook online at www.mourning.com Martin & Castille-SOUTHSIDE-600 E. Farrel Rd., Lafayette, LA 70508, 337-984-2811

A Mass of Christian Burial will be held on Monday, September 27, 2021 at 10:00 AM at St. Pius X Catholic Church in Lafayette for Duane Michael Billeaud, age 66, who passed away on Tuesday, September 21, 2021 surrounded by his loving wife and... View Obituary & Service Information

The family of Duane Michael Billeaud created this Life Tributes page to make it easy to share your memories.

A Mass of Christian Burial will be held on Monday, September...

Send flowers to the Billeaud family.