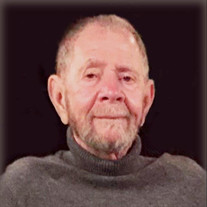 Edward Landry "Ted" Kibbe was born in Abbeville, Louisiana on July 5, 1928. He died on Saturday, November 13, 2021. His parents, Estelle and J.E., his sisters, Helen Kibbe and Evelyn Karl, his brothers, Payne, Richard, J.E., Jr., his great nephews Payne, Jr., Stephen and James Karl, his nieces Marie Hansen and Nanette Pratt, preceded him in death. He is survived by his nieces, Gail Day, Renee Emerson, Catherine Primeaux, Barbara Alexander and Estelle Miller; nephews, Joseph, Craig, Richard, Jr., Francis and Roy Kibbe and Larry Karl and many great and great-great nieces and nephews. Ted was a Research Fellow in the African Program at Northwestern University in Evanston, Illinois when he received an offer to teach at S.L.I. After 30 happy years, he retired. During his years at U.S.L., Ted demonstrated a unique ability to bring people of diverse cultures together. In that regard, one of his contributions was the development of a course to create extended interaction between International and American Students. He also helped to establish the International Film Series, various international student organizations, as well as a faculty support group. He was also faculty advisor for a foreign car club, the cheerleaders and the PKT fraternity. In appreciation for his service to the International Student Community, the office of the International Affairs together with friends established a scholarship fund in his honor. He would appreciate any donation be given to the Edward Kibbe Scholarship for International Students. Per Ted's wishes, a Private Burial will be held. View the obituary and guestbook online at www.mourning.com Martin & Castille-DOWNTOWN-330 St. Landry St., Lafayette, LA 70506, 337-234-2311

The family of Edward Landry "Ted" Kibbe created this Life Tributes page to make it easy to share your memories.

Edward Landry &quot;Ted&quot; Kibbe was born in Abbeville, Louisiana on...

Send flowers to the Kibbe family.