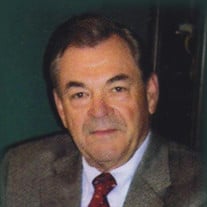 Gerald Jules Bertinot, Jr., was a son of Louisiana, who saw much of the world as a soldier, FBI agent, and a federal prosecutor. He could shoot straighter, ride longer on his beloved Harleys, and read more history books than just about anyone. Jerry loved his family, his country, bluegrass and passing a good time. He was a man’s man who made friends easily and kept them forever. He was the heart of an adventure, and he was always in search of the next journey. He could tell a good story, keeping his audience rapt with attention. Jerry was born in Sunset, LA the son of Dr. Gerald Jules Bertinot and Dimples Brown Bertinot. Some of Jerry’s earliest memories were traveling with his father on the country roads around Sunset, sometimes by horse and buggy providing medical care to his patients, and delivering babies. He attended Cathedral Carmel Elementary, Riverside Military Academy in Gainesville, GA, and then graduated from The Citadel in Charleston, SC where he won top marksmanship honors and was captain of the rifle team. He then earned his law degree at the University of South Carolina in 1962. That same year he married the love of his life and Yambilee Queen, Brenda Rita Thibodeaux of Church Point. They were married 58 years and Jerry was always mesmerized by her beauty, sometimes just stopping to admire her and to speak of his love for her when she walked into a room. He was assigned to Military Intelligence in the Army during the Vietnam War and was awarded a Bronze Medal for his service. Following his service he joined the FBI and was assigned to offices in Arizona, Los Angeles, New Orleans and finally Lafayette, serving 13 years. He then joined the U. S. Department of Justice as an Assistant U. S. Attorney, in Lafayette where he served for 18 years, the final years as Chief of the Criminal Division. Following retirement, he joined the Lafayette Police Academy where he served as a firearms instructor and taught procedures on the rule of law, and then was named Chief of Police for the University of Louisiana, at Lafayette. At age 66 Jerry then served two tours in Afghanistan as part of the Department of Justice Counter Narcotics Program which advised and mentored the Afghan Counter Narcotics effort. He is survived by his wife Brenda Bertinot of Lafayette, daughter Chantel Bertinot Dunham of Athens, GA, son Gerald (Jerry) Bertinot III of Lafayette, sister Andrea Bertinot of Lafayette, and niece Sara Lines Jones of Vera Beach, FL. He and Brenda traveled throughout Europe and Russia. Some of his most memorable adventures were enjoyed on the seat of his Harley including trips to New Mexico, Colorado, Sturgis, South Dakota and Alaska. He excelled at many things and was always an expert marksman and enjoyed decades with many friends on golf courses around the US and Europe. Love of country was at the heart of his life and career and is the legacy he leaves his family and community. Due to Covid the family will celebrate his life at another time. His ashes will be placed in his father, Dr. Bertinot's "grip" physician's bag and will rest at St. Charles Cemetery in Grand Coteau. View the obituary and guestbook online at www.mourning.com Martin & Castille-DOWNTOWN-330 St. Landry St., Lafayette, LA 70506, 337-234-2311

Gerald Jules Bertinot, Jr., was a son of Louisiana, who saw much of the world as a soldier, FBI agent, and a federal prosecutor. He could shoot straighter, ride longer on his beloved Harleys, and read more history books than just about anyone.... View Obituary & Service Information

The family of Gerald (Jerry) Jules Bertinot, Jr. created this Life Tributes page to make it easy to share your memories.

Gerald Jules Bertinot, Jr., was a son of Louisiana, who saw much...