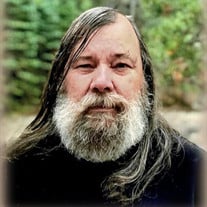 Funeral services will be held on Monday, September 13, 2021, at a 1:00 PM in La Chapelle de Martin & Castille Chapel in Lafayette for Glenn LaValley, 70, who passed away Thursday evening, September 9, 2021, at Our Lady of Lourdes Regional Medical Center in Lafayette. The family requests that visitation be observed in Martin & Castille's DOWNTOWN location on Monday from 10:00 AM until time of services. A Rosary will be prayed on Monday at 11:00 AM in Martin & Castille Funeral Home. Interment will be in Lafayette Memorial Park Cemetery. Reverend Daniel Edwards, Pastor of St. Jules Catholic Church in Lafayette, will conduct the funeral services. Survivors include his beloved wife of 43 years, Stella Ardoin LaValley of Lafayette; his daughter, Rachel LaValley and her fiancé, Matthew Zaunbrecher of Lafayette; one sister, Nadine LaValley Primeaux and her husband, Larry; three brothers, Richard LaValley, Alan Dean LaValley and his wife, Vanessa, and Shawn Stacey LaValley; a brother-in-law, John Tweedel; brothers in law, Jim Ardoin and his wife, Ana Maria, Todd Ardoin and his wife, Cynthia; sister-in-law, Gaye A. Beck and her husband, Albert; and numerous nieces, nephews relatives and friends. Glenn was preceded in death by his parents, Robert Gilbert LaValley and the former Rosa Mae Durio; a brother, Scott Stuart LaValley; a sister, Linda Lee Tweedel; his father-in-law and mother-in-law, Gilbert Ardoin and the former Ethel Verrette. Glenn was born in Vermont and moved to Lafayette with his family at the age of nine. He was a graduate of Northside High School where he was a member of the marching band. He was a past member of The Society of Creative Anachronism and his specialties were leather crafting and archery in the medieval world. Glenn also spent many weekends fishing in bass tournaments at Toledo Bend. He enjoyed spending time with his dogs, Chamanee and Shiloh, visiting Indian reservations and learning about their culture and playing video games on his computer. Glenn especially enjoyed the holidays with family and the rowdy bourre games that ensued . Glenn was the owner of The Leather Pouch, a retail store which operated for 49 years in downtown Lafayette. He retired in 2018 and spent his time fishing, doing leather repairs and custom work, taking road trips to the mountains, going out to eat and watching Netflix. Glenn was a kind hearted, funny, one of a kind man. He will be deeply missed by his wife , daughter, and by his family and friends. Pallbearers will be Richard LaValley, Alan LaValley, Terry Verrette, Todd Ardoin, Albert Beck and Matthew Zaunbrecher. Honorary Pallbearers will be Shawn LaValley and Jim Ardoin. View the obituary and guestbook online at www.mourning.com Martin & Castille-DOWNTOWN-330 St. Landry St., Lafayette, LA 70506, 337-234-2311

Funeral services will be held on Monday, September 13, 2021, at a 1:00 PM in La Chapelle de Martin & Castille Chapel in Lafayette for Glenn LaValley, 70, who passed away Thursday evening, September 9, 2021, at Our Lady of Lourdes Regional Medical... View Obituary & Service Information

The family of Glenn M. LaValley created this Life Tributes page to make it easy to share your memories.

Send flowers to the LaValley family.