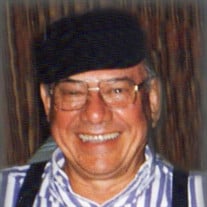 Funeral services will be held for Mr. Herbert Van Foote on Saturday, April 30, 2022 at 10:00 AM in Martin & Castille's La Fleur de Lis Chapel, 600 E. Farrel Rd., Lafayette, LA 70508. Herbert was 89 when he went home to be with the Lord on Thursday, April 21, 2022 at Bethany Healthcare and Rehab in Nashville, Tennessee. The family requests that visitation be observed in Martin & Castille's Farrel Road location, on Friday, April 29, 2022 from 5:00 PM to 8:00 PM and will continue on Saturday, April 30, 2022 from 8:00 AM until the time of services at 10:00 AM.. A Rosary will be prayed on Friday, April 29, 2022 at 6:00 PM in Martin & Castille Funeral Home. Interment will be in Lafayette Memorial Park Cemetery. Deacon Randy Hyde will conduct the funeral services. Herbert Van Foote was born and raised on a rice farm in the Indian Bayou/Andrew area in Vermilion Parish with his parents, Denry Foote and Elida Broussard Foote, along with his three brothers Harold, Franklin and Russell. Herb graduated from Indian Bayou High School. He later married Anna Dell Landry from Leroy in 1951. They lived in Kaplan, LA until they relocated to Lafayette in 1965. Herb worked for Woolfolk Volkswagen and Magnifique Volkswagen until the late 1970's. He later worked for Doucet Hardware until his retirement. Herb's earlier hobbies included vegetable gardening, woodworking, hunting, fishing and shrimping. Herb is survived by his children, Patrick Foote and his wife, Kathy, Cheryl Venable and her husband, Earl, Sandra Albert and her husband, Harry, and Blaine Foote and his wife, Susan; eight grandchildren: Nathan Foote, Tiffany Foote-Hagan, Courtney Foote, Jeremy Venable, Ryan Venable, Bethany Albert Byrd, Brandon Albert and Brittany Albert Bernard; Step grandchildren: Sara Waggoner, Heather Libby; Shawn Brown, Sheri Graziano, Kelly Myer and Holly Hudson; Eighteen great grandchildren; 16 step great grandchildren; 3 step great-great grandchildren; his brother, Franklin, and many nieces and nephews. He was preceded in death by his wife of 56 years, Anna Dell Landry Foote; his parents, and his brothers, Russell and Harold Foote. Herb moved to Nashville, TN in 2013 where his youngest son, Blaine, provided exceptional care for him while in a nursing home until his passing. Upholding the honor of pallbearers will be Earl Venable, Harry Albert, Jeremy Venable, Ryan Venable, Brandon Albert and Nathan Foote. Honorary Pallbearers will be his two sons, Patrick and Blaine. A heartfelt appreciation is extended by the Foote family to the staff of Bethany Healthcare and Rehab in Nashville, Tennessee for the compassionate care given to Herbert and his family. View the obituary and guestbook online at www.mourning.com Martin & Castille-SOUTHSIDE-600 E. Farrel Rd., Lafayette, LA 70508, 337-984-2811

The family of Herbert Van Foote created this Life Tributes page to make it easy to share your memories.

Funeral services will be held for Mr. Herbert Van Foote on Saturday,...

Send flowers to the Foote family.