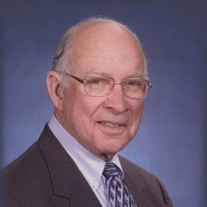 With heavy hearts, the family of Jesse J. Gary, age 87, announces his passing and entrance into his eternal home on March 17, 2022. He passed peacefully at his home following a 3 month illness. Visiting hours will be observed at Martin and Castille,... View Obituary & Service Information

The family of Jesse James Gary created this Life Tributes page to make it easy to share your memories.

Send flowers to the Gary family.