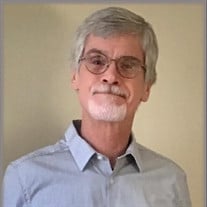 A private Mass of Christian Burial was held for Mr. John Dewey Coles on Tuesday, August 11, 2020, at 11:00 AM in St. Anne Catholic Church in Youngsville. Mr. John was 66 at the time of his passing and peacefully went home to be with the Lord on Saturday, August 8, 2020 at his residence in Lafayette. Entombment took place in St. Anne Catholic Cemetery Mausoleum. Reverend Michael J. Russo, Pastor of St. Anne Catholic Church, was the Celebrant of the funeral services, and was assisted by Deacon Dwight Coles. John Dewey Coles died on August 8, 2020 at his home in Lafayette after a long illness. He was born in Heidelburg, Germany on May 7, 1954. John is survived by his wife, Debra Gaspard Coles, of 28 years, and two children, Corey Coles and his wife, Joanna of Lafayette, Louisiana, Laney Shirey and her husband, Richard of Seiverville, Tennessee; two step children, Lacey Caballero and her husband, Lee of Maurice, and Jerrod David and his wife, Holly of Youngsville, Louisiana. John is also survived by his mother, Carol Munson Coles of Breaux Bridge; a brother, Dwight Coles and his wife, Anne of Houston, Texas, and a sister, Cathy Falcon and her husband, Jay of Broussard. John is survived by eight grandchildren, Caitlin and Scarlett Coles, Aimee, Joseph and Shae Gaudet, and Nash, Roan and Aria Shirey. John graduated from Breaux Bridge High in 1972 and the University of Southwestern Louisiana. He was a member of Delta Tau Delta Fraternity. He was an avid University of Louisiana baseball fan, and enjoyed cheering on the Cajuns. John was a member of St. Anne's Catholic Church in Youngsville. He served as a Eucharistic minister for the homebound. John loved music. He enjoyed writing his own music and playing his guitar for family and friends. He embraced his German birth and enjoyed attending Octoberfest celebrations. John loved spending time at his vacation home on Dauphin Island in Alabama with his wife, Debra, their children and their grandchildren. Upholding the honor of pallbearers were Corey Coles, Jerrod David, Taylor Falcon, Lee Caballero, Caleb Rung and Dustin Stelly. The honorary pallbearer was Joseph Gaudet. View the obituary and guestbook online at www.mourning.com Martin & Castille-SOUTHSIDE-600 E. Farrel Rd., Lafayette, LA 70508, 337-984-2811

A private Mass of Christian Burial was held for Mr. John Dewey Coles on Tuesday, August 11, 2020, at 11:00 AM in St. Anne Catholic Church in Youngsville. Mr. John was 66 at the time of his passing and peacefully went home to be with the Lord... View Obituary & Service Information

The family of John Dewey Coles created this Life Tributes page to make it easy to share your memories.

A private Mass of Christian Burial was held for Mr. John Dewey...

Send flowers to the Coles family.