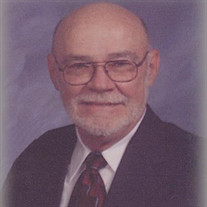 A Mass of Christian Burial will be held for Mr. John Earl Domingue on Monday, December 28, 2020 at 2:00 PM in Sts. Peter & Paul Catholic Church in Scott. Mr. John was 81, when he peacefully passed away on Wednesday, December 23, 2020 at his residence in Scott. The family requests that visitation be observed in Martin & Castille's SCOTT location on Monday, December 28, 2020 from 10:00 AM until time of service. A Rosary will be prayed on Monday, December 28, 2020 at 11:30 AM in Martin & Castille Funeral Home. Entombment will be in Sts. Peter & Paul Mausoleum in Scott. Reverend Cedric Sonnier, Pastor of St. Mary Mother of the Church will conduct the funeral services. Survivors include his beloved wife of 58 years, Mrs. Dianna Cassano Domingue; his son, Jay Domingue and his wife Jocabed; his son, Michael Kevin Domingue; his daughter, Robin Kistler and her husband Brian; his daughter, Amber Owens and her husband Greg; his grandchildren, Caleb, Brandalyn, Brian Jr., Caleb, Roseann, Brad, Nick, Anna and Olivia and his eight great-grandchildren. Mr. Domingue was preceded in death by his parents, Mr. John Issac Domingue and Mrs. Odile "Poc" LeGros Domingue and his aunt, Mrs. Beatrice Freyou. Pud, as he was affectionately known, grew up in Jennings, LA as a child then would later move to Baton Rouge where he graduated from Catholic High in 1958. Upon graduating from high school, he would attend LSU and he was a member of The Golden Band from Tiger Land. His favorite instrument to play was the trumpet. Pud earned degrees from both USL and LSU. He proudly served his country as a member of the United States Air Force. Pud taught band for 30 years throughout different schools in Acadiana. He served as the one and only bugler at the old Evangeline Downs on I-49. Some of his hobbies included, collecting comic books, painting toy soldiers and band figurines, drawing, listening to marching band music, and studying military history, particularly the events of WW II. Some of his favorite memories were spending Saturday night in Tiger Stadium and grooming his kids to love the LSU Tigers. Pallbearers will be Jay Domingue, Kevin Domingue, Greg Owens, Brian Kistler, Caleb Domingue and Harold LeBlanc. Memorial contributions can be made in John E. Domingue's name to The LSU Tiger Band, care of "The LSU Foundation" , 3796 Nicholson Drive, Baton Rouge, LA 70802 or visit www.lsufoundation.org/s/1585/17/home.aspx A heartfelt appreciation is extended by the Domingue family to the staff of Audubon Hospice for the compassionate care given to Pud. View the obituary and guestbook online at www.mourning.com Martin & Castille-SCOTT-802 Alfred St., Scott, LA 70583, 337-234-2320

A Mass of Christian Burial will be held for Mr. John Earl Domingue on Monday, December 28, 2020 at 2:00 PM in Sts. Peter & Paul Catholic Church in Scott. Mr. John was 81, when he peacefully passed away on Wednesday, December 23, 2020 at his... View Obituary & Service Information

The family of John "Pud" Domingue created this Life Tributes page to make it easy to share your memories.

A Mass of Christian Burial will be held for Mr. John Earl Domingue...