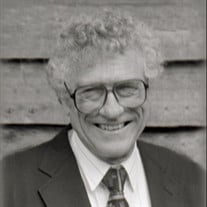 Surrounded by loving family in the home he built, John Meriwether peacefully passed away on December 8, 2021. He was born in Beaumont, Texas, to John Watts and Anna Morris Meriwether and graduated high school in 1955 from St. Michael's in Crowley. John received his B.S. and M.S. degrees from UL Lafayette (then called SLI). His M.S. degree was the first M.S. degree awarded by SLI. In 1962, John was awarded a PhD. in Nuclear Science from Florida State University. His dissertation, Proton and Deuteron Induced Fission of 238U and 232Th, was directed by Gregory Choppin (Chemistry) and John Fox (Physics). He held a Postdoctoral Fellowship at the University of California, Berkeley's Lawrence Radiation Laboratory (1962-1963), where he continued working as research staff (1963-1965). He continued to be a visiting professor at UC Berkeley Lawrence Radiation Laboratory and Co-project Director of the Expansion of the Cyclotron Facility Magnetic Spectrograph for many summers throughout the late 60's and 70's. In 1966, responding to a call from Dr. James Oliver to return home, he came back to UL Lafayette (USL at that time) as an assistant professor of mathematics to help develop the computer science program. He was appointed assistant professor of physics in 1967, associate professor in 1971, and professor in 1973. During his 46-year tenure as a faculty member at UL Lafayette, he taught in the departments of physics, chemistry, biology, mathematics, and the honors program. John chaired the department of physics two times (1971-1982 and 1998-2007). He directed 17 masters theses, advised on countless others, and was one of the founders of the Acadiana Research Laboratory (now the Louisiana Accelerator Center). John received millions of dollars in research, equipment, and education grants, and served UL Lafayette in many critical roles: as graduate coordinator in physics, as chair of the 2000 re-accreditation committee, as Chair of the University Graduate Council, and as Executive Officer of the Faculty Senate, and more. Presently, John is one of three professors ever to hold both of the university's highest awards: Distinguished Professor of the UL Foundation in 1971 and the UL Foundation Outstanding Teacher in 1998. In his career, he published or presented more than 90 papers in refereed journals or to scholarly societies in diverse areas such as nuclear physics and chemistry, ecology, geo-pressured energy, and radioactive dating. As Emeritus Professor since 2012, John continued his radioactive dating research of Louisiana marshes in cooperation with the Wetlands Center and the Louisiana Department of Natural Resources, and served as the advisor to undergraduate physics majors. He was a true Renaissance man, and John's visions continue to guide and inspire his colleagues and students in physics. He was known at times to receive standing ovations from his physics classes at the end of a semester. At one time, a failing student congratulated John on having taught him the best class he ever had. Always believing in the university as a true community, he collaborated with, encouraged and inspired colleagues and students across the university. His Culture of Man class, often taught with Dr. Pat Rickels, profoundly impacted numerous students. In addition to his work at the university, in 1969, he worked with the newly founded Lafayette Natural History Museum to assemble the planetarium's complex star projector, and created and presented the first planetarium shows. While his son, Chris, was in Boy Scouts, he was the assistant leader for Troup 240, taking the troup on wilderness backpacking trips in New Mexico and Wyoming. He was predeceased by his parents, his sister Barbara Michael, and grandson, John Courtney Meriwether. He is deeply loved and survived by his wife of 65 years, Dorothy Bernard Meriwether; son, Chris (Teri) Meriwether; daughters, Judith (Jerry) Meriwether, Josi (Ricky) Ortte, and Jacki (Barney Rees) Meriwether; grandchildren, Rachel (Phil) and Isabella Meriwether, Colin and Daniel Gould (and their father Philip Gould), Maddi (Evan) Tatford and Lily Ortte, Anna and Patrick Rees; great-grandchildren, Anna Kate and Baby Tatford on the way; brother, Bill (Denise) Meriwether; brother-in-law Matt Michael; and nieces, Debbie, Kari, and Christy Michael, and Alicia Higginbotham. The family would like to thank the staff and nurses of Louisiana Hospice who were compassionate, kind, and helpful, Agnes' Loving Care for the years of kind, warm and loving care-giving, especially from Pam Babineaux, Lumas Guidry, Vincent Kelly, Felton Duncan, and Albert Celestine. A Memorial Service will be held at a later date to celebrate John's life. Details will be announced publicly on Martin & Castille's website, www.mourning.com and in the Daily Advertiser and Acadiana Advocate. "The Road goes ever on and on Down from the door where it began. Now far ahead the Road has gone, And I must follow, if I can, Pursuing it with eager feet, Until it joins some larger way, Where many paths and errands meet. Still 'round the corner there may wait A new road or secret gate; And though I oft have passed them by, A day will come at last when I Shall take the hidden paths that run West of the Moon, East of the Sun." - J. R. R. Tolkien View the obituary and guestbook online at www.mourning.com Martin & Castille-DOWNTOWN-330 St. Landry St., Lafayette, LA 70506, 337-234-2311

Surrounded by loving family in the home he built, John Meriwether peacefully passed away on December 8, 2021. He was born in Beaumont, Texas, to John Watts and Anna Morris Meriwether and graduated high school in 1955 from St. Michael's in Crowley.... View Obituary & Service Information

The family of John R. Meriwether created this Life Tributes page to make it easy to share your memories.

Surrounded by loving family in the home he built, John Meriwether...

Send flowers to the Meriwether family.