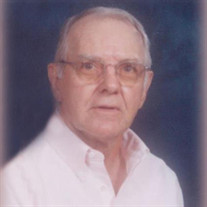 Funeral services will be held on Saturday, March 5, 2022 at 1:00 PM in Martin & Castille's La Fleur de Lis Chapel in Lafayette, for Joseph "Norris" Touchet, 89, who passed away on Wednesday, March 2, 2022 at his residence in Lafayette. The family requests that visitation be observed in Martin & Castille's/SOUTHSIDE location on Saturday, March 5, 2022 from 8:30 AM until time of services at 1:00 PM. A Rosary will be prayed on Saturday, March 5, 2022 at 11:00 AM in Martin & Castille Funeral Home led by his nephew John Touchet. Eulogy will be given by his daughter-in-law Carla Touchet. Interment will be held in Lafayette Memorial Park Cemetery. Deacon Cody Miller, will conduct the funeral services. Cherishing his memory include two sons, Kirk Touchet and his wife, Carla of Milton and Kelly Touchet and his wife Janetta of Lafayette; one daughter, Lenie T. Doucet and her husband Glenn of Lake Charles; grandsons, Jared, Jordan and Wesley, granddaughters, Jessica and Tori; great granddaughters, Makenna, Makenzy, Peyton and Maddilynn; his brother, Dave Touchet and his sisters, Doris and Dorothy Touchet. Norris was preceded in death by his beloved wife of 52 years, Nellie Ann Broussard Touchet; his parents, Laurent and Emella Broussard Touchet; brothers Dolze, Tom and Lawrence Touchet. Norris attended Judice High School and was a life long resident of Judice. He was gifted with a servant's heart and responded to the call of this great nation by joining the United States Navy. He served in the Navy for six years during the Korean Conflict. During his professional career, Norris drove tractor trailers and his highest achievement was receiving his 1 Million Mile Badge. Some of his hobbies included cajun music, cajun dancing, reading(Louis Lamour) and watching all sports, especially the Dallas Cowboys. He was also a member of the American Legion post 241 and the VFW post 9822. Although Norris had many interests in life, his greatest passion was his family. Pallbearers will be Jared Doucet, Wesley Jones, Jessica Doucet, Tori Jones, Makenzy Doucet, Maddilynn Jones, John Touchet, David Decou and Jamey Touchet. Honorary Pallbearers will be Jordan Jones, Peyton Matthis, Dave Touchet, Herman, Charlie and David Touchet. Memorial contributions can be made in Joseph Norris Touchet's name to Hospice of Acadiana by clicking this link, https://hospiceacadiana.com or you can mail a check to 2600 Johnston St Suite 200, Lafayette, LA 70503 A heartfelt appreciation is extended by the Touchet family to The staff of Hospice if Acadiana, especially Thearstin, Lyndsey, Jamie, Katelyn, Sheena, Vivian, Brittany and Deacon Jim Davis. View the obituary and guestbook online at www.mourning.com Martin & Castille-SOUTHSIDE-600 E. Farrel Rd., Lafayette, LA 70508, 337-984-2811

Funeral services will be held on Saturday, March 5, 2022 at 1:00 PM in Martin & Castille's La Fleur de Lis Chapel in Lafayette, for Joseph "Norris" Touchet, 89, who passed away on Wednesday, March 2, 2022 at his residence in Lafayette. The... View Obituary & Service Information

The family of Joseph "Norris" Touchet created this Life Tributes page to make it easy to share your memories.

Send flowers to the Touchet family.