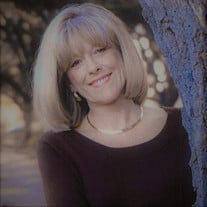 Funeral services will be held on Saturday, August 21, 2021 at 12 Noon in Martin & Castille's La Fleur de Lis Chapel in Lafayette, for June Elaine Booker, age 72, who passed away on Wednesday morning, August 18, 2021 at Ochsner Lafayette General Medical Center. The family requests that visitation be observed in Martin & Castille's SOUTHSIDE, 600 East Farrel Road, Lafayette 70508 location on Friday from 4:00 P.M. until 9:00 P.M. and will continue on Saturday from 8:00 A.M. until time of services. Inurnment will be held at a later date in Calvary Cemetery. Reverend Frank Ducharme, Pastor of First Baptist Church of Scott, will conduct the funeral services. Survivors include two daughters, Lecy Lieux Albarado and her husband, Corey of Lafayette and Lori Lieux Dean of Youngsville; one son, Austin Vernon Mitchell and his wife, Jackie of Conroe, TX; four grandchildren, Tanner Broussard and his wife, Madysen, Jordan Broussard, Jesse Dean, and Charlee Mitchell; three sisters, Cindy Founds and her husband, Peter, Stacey Beck and her husband, Gary, Nancy Tracy and her husband, Tom; three brothers, Norman Booker, Jr. and his wife, Marilyn, Dr. Greg Booker and his wife, Melissa, and Dr. Page Booker and his wife, Nancy and numerous nieces and nephews. June was preceded in death by her father, Dr. Norman Ural Booker and her mother, Hilda Coleman Booker. June was born in Shreveport. LA and later moved to Many, LA where her father setup practice as an OBGYN and family practice. She was second born of seven children and spent much of her childhood playing with neighborhood friends and riding horses at home and the farm. She was active in the Many HS Band, was a majorette and played the flute and piccolo. She was an accomplished pianist and loved playing and singing with her younger sisters. She received her BA in elementary education from NSU and later her Master’s in Counseling from LA Tech. She retired from LPSS where she taught 7th, 5th and 2nd grade and was a school counselor for several years. June loved spending time with her family including her children and grandchildren who she loved dearly. She enjoyed cooking, holiday traditions, and growing her relationship with our Lord. Her faith in Jesus was very strong and had personally witnessed many miracles of healing as she relied on the power of prayer and faith. She was a precious mother, daughter, grandmother, sister, and friend and will be missed by those who were blessed to know her. Honorary Pallbearers will be, Tanner Broussard, Jordan Broussard, Jesse Dean, Corey Albarado and Austin Mitchell. Memorial contributions can be made in Mrs. June Elaine Booker's name to American Lung Association 55 W. Wacker Drive, Suite 1150, Chicago, IL 60601. A heartfelt appreciation is extended by the Booker family to Dr. Jody Rosson, the medical staff of Oschner Lafayette General Center, Amedysis Home Health Services especially Chad Jiminez and Eli Wallace, Heart of Hospice, and her personal caregivers, Brandy, Taylor, Brandi, Shekalia, and Christine for all the love they provided. View the obituary and guestbook online at www.mourning.com Martin & Castille-SOUTHSIDE-600 E. Farrel Rd., Lafayette, LA 70508, 337-984-2811

The family of June Elaine Booker created this Life Tributes page to make it easy to share your memories.

Send flowers to the Booker family.