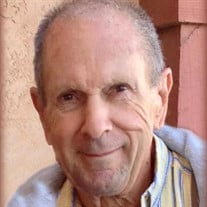 A Memorial Mass will be held on Friday, October 8, 2021 at 12:00 PM in Sacred Heart of Jesus Catholic Church in Broussard for Kenneth Thomas Woodward, 80, who died on Thursday, September 30, 2021 at his residence in Broussard. A Rosary will be prayed at 11:30 AM in the Church, and a reception will be held immediately following the services at the Sacred Heart Parish Life Center in Broussard. The Very Reverend Louis Richard, VF, Pastor of St. Mary Magdalen Church in Abbeville, will be the Celebrant of the Memorial Mass and will conduct the funeral services. Survivors include his wife, Lisa Motty Woodward; a daughter, Jennifer Woodward Loup and her 3 children, Jeffrey Brasseaux and his wife, Desi, Nickolas Brasseaux, and Blayne Brasseaux and his son, Albert; a daughter, Amanda DiFabio and her husband, Robert, and their 2 children Rosali and Regina; a stepdaughter, Brittany Schaeffer and her husband, Ty, and their 3 children, Emma, Tommy, and Charlotte; a stepdaughter-in-law, Elizabeth Briney and her son, Henry LeBlanc. He was preceded in death by his parents, Marvin Kenneth Woodward and Regina Coussan Woodward; and stepson, Grant LeBlanc. Ken was born in his home on Eighth Street in Lafayette, LA on November 19, 1940 and was the only child of Marvin and Regina Woodward. As a young man, he learned hunting and fishing from his parents and developed a life-long reverence for wildlife. He was a graduate of Cathedral High School where he excelled in track and football. His proud mother lovingly clipped and saved all the newspaper articles of his fame on the football field as a top-ranked half-back. Many years later, the articles were found and assembled into a scrapbook, and his athletic achievements were fully valued. He attended the University of Southwestern Louisiana and loved every subject he studied. He started out thinking Pre-med. Then, he was a senior in Psychology when he decided to study Math and Physics. He finally graduated with a Physics degree in 1967. Ken traveled the country working as an avionics engineer. He had great respect for the US armed services and served this country as a civilian electrical engineer, trouble shooting the electronics on military jets in Vietnam. Upon his return to the US, he left the aviation industry and began to renovate and build houses. He had eventually settled in California in the 1970’s where he and his first wife, Linda Woodward, adopted a daughter, Jennifer. They then returned to Louisiana. Here he began working as a Louisiana licensed general contractor, electrician, and Louisiana licensed real estate broker and was also a volunteer police officer. In 1980, they had another daughter, Amanda. He later married Lisa Motty Woodward. Always interested in learning something new, he attained his private pilot’s license. He then joined the Civil Air Patrol and flew missions as a First Lieutenant. He always had a spontaneous nature, and he and Lisa had many road trip adventures over the years on numerous trips to Mexico, as well. Throughout his life, he enjoyed the many cultures of Mexico through experiences like eating street food, speaking Spanish with natives, haggling with vendors, and staying in 1-star accommodations. They became members of the church parish of Sacred Heart and served twice on mission trips to Honduras. Ken loved photography and took photos on the trip and gladly helped in any way that he could. Ken had a unique style and a true love of learning and was always reading and learning about something new. If the current trend was beige walls and wood floors, a house he built would have a red wall and Spanish tile. He was an extremely knowledgeable gun enthusiast, a strong defender of the second amendment, and a Louisiana licensed Concealed Carry Instructor. He was a “real rascal,” as you might say and loved to tell corny jokes and one-liners. He was “PawPaw Woody” to his loving grandchildren. He will be remembered in so many wonderful ways, and sorely missed by his family. The Woodward family would like to thank the nurse practitioners, nurses, nurse aids, staff, and doctors at Acadian Hospice for their love and care during Ken’s courageous 15-year battle against Parkinson’s Disease. In lieu of flowers, memorial donations can be made to the Michael J. Fox Foundation for Parkinson’s Research, P.O. Box 5014 Hagerstown, MD 21741-5014 or Acadian Hospice, 413 Travis St UNIT 100, Lafayette, LA 70503. View the obituary and guestbook online at www.mourning.com Martin & Castille-SOUTHSIDE-600 E. Farrel Rd., Lafayette, LA 70508, 337-984-2811

A Memorial Mass will be held on Friday, October 8, 2021 at 12:00 PM in Sacred Heart of Jesus Catholic Church in Broussard for Kenneth Thomas Woodward, 80, who died on Thursday, September 30, 2021 at his residence in Broussard. A Rosary will... View Obituary & Service Information

The family of Kenneth Thomas Woodward created this Life Tributes page to make it easy to share your memories.

Send flowers to the Woodward family.