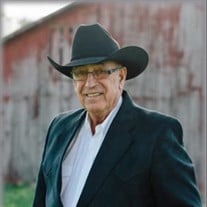 A Mass of Christian Burial will be held on Wednesday, October 6, 2021 at 11:00 AM at Sts. Peter & Paul Catholic Church in Scott, for Larry Paul “LP” Bacque, 79, who died on Sunday, October 3, 2021 at his residence in Scott. Interment will be in Sts. Peter & Paul Cemetery. Reverend Blake Dubroc, Vocations Director for the Diocese of Lafayette and Parochial Vicar of St. Bernard Catholic Church in Breaux Bridge, will serve as Celebrant of the Mass and conduct the funeral services. Survivors include his daughters, Jeanne Dubois and her husband, Shel and their children Luke, Grace, Faith, John David, Gabe and Clay; Andreé Kale and her husband, Tate and their children Jack and Clare; Angie Harmon and her husband, Brennan and their children Savannah, Genevieve, and Vivian; sons, Billy Bacque and his wife Brooke and their children Tanner, Giles and Colt; Polo Bacque and his wife Kori and their children Briggs and Sutton; and his grandchildren Lindsey Koch, Karter Bacque and Kase Bacque; and mother of his children, Marie Duplantis; and numerous nieces and nephews. He was preceded in death by his parents Nameze Antoine Bacque and Azema Therese Martin Bacque; his first wife, Deanna Marie Rachou Bacque; brothers Gene Martin Bacque and Jerry Anthony Bacque; and his son, Ken Charles Bacque. Larry was born and raised in Scott, LA. Born on a farm, Larry’s parents instilled a passion within him for animals and the land. He was a graduate from Scott High School, where he played baseball, as well as American Legion. Larry also served in the National Guard. After high school, he went on to play baseball for USL where he graduated with a Bachelor’s degree in Accounting. His family values instilled in him and years of playing baseball displayed the importance of never quitting and persevering until success is accomplished. Larry had a passion for horses, especially cutting horses. He always dreamed of owning horses as a child and he fulfilled that dream. He owned and raised many horses throughout his lifetime. He spent countless hours working his cutting horses. His horses went on to win NCHA Open Champion, LCHA Open Futurity Champion, NCHA Texas Open Futurity Champion, and ACHA Open Champion. Devoted as he was, he was a member of the American Quarter Horse Association, American Paint Horse Association, American Cutting Horse Association and the National Cutting Horse Association. He also owned and operated one of the largest rodeo arenas in the south. Cowboys Arena in Scott, LA hosts thousands of contestants and fans each year for rodeos and equine events. Larry’s passion for horses and rodeo will continue on through his legacy he started for his family. Larry was a member of the Scott Business Association winning Business of the Year in 2001. He was the proud owner of Bacque Plaza, Cowboys Nightclub, Cowboys Western Store and Cowboys Saloon. Larry took pride in his businesses and was always there to greet each visitor with a smile that left a lasting impression with everyone he met. No one was a stranger to him and each person that walked through his doors was considered family for life. Larry will be deeply missed by his children, grandchildren, family and the entire Cowboys and Scott community. He will forever be remembered for his hard work and dedication. Pallbearers will be Polo Bacque, Billy Bacque, Shel Dubois, Tate Kale, Brennan Harmon, and Dave Champagne. Honorary Pallbearers will be Joe Aucoin, Luke Dubois, John Bacque, Neil Reaux, John Arceneaux and Don Higginbotham. The family requests that visitation be observed in Martin & Castille's SCOTT location on Tuesday, October 5 from 10:00 A.M. to 9:00 P.M. and will continue on Wednesday from 8:00 A.M. until time of services. A Rosary will be prayed on Tuesday at 7:00 P.M in Martin & Castille Funeral Home. Memorial contributions can be made in Larry Bacque's name to the Louisiana High School Rodeo Association, 163 Mallard Lane, Cameron, LA 70631 and to St. Jude’s Children Research Hospital, 501 St. Jude Place, Memphis, TN 38105. A heartfelt appreciation is extended by the Bacque family to Nancy Thomas, Melissa Torres, and Abby Aucoin; and Brandon Melancon and staff with Heart of Hospice. View the obituary and guestbook online at www.mourning.com Martin & Castille-SCOTT-802 Alfred St., Scott, LA 70583, 337-234-2320

The family of Larry Paul "LP" Bacque created this Life Tributes page to make it easy to share your memories.

A Mass of Christian Burial will be held on Wednesday, October...

Send flowers to the Bacque family.