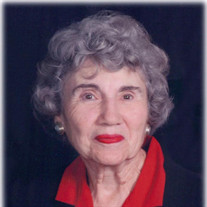 On Tuesday, March 15, 2022, Lenore Dorothy Parkerson Voorhies entered into eternal rest at the age of 91. Having been raised by a Jewish mother and an Episcopalian father, she was finally received into the Catholic Church with the sacraments of Baptism, Confirmation, and Holy Eucharist in 2017. Her life was one of service to others: bringing joy to many hearts through countless holiday meals, birthday parties, and all sorts of celebrations. Always one to listen, encourage, and see the positive in everyone, she was a friend to all. Having been born and raised as an only child in New Jersey, then New York, then her beloved Lafayette, Louisiana, her goal in life was to have a larger family. She was queen of Children’s Mardi Gras and Quota Ball. She graduated from Lafayette High School and then obtained an education degree at S.L.I., which she ultimately used with her children after they came home from school. A young lawyer, Bennett Joachim Voorhies, Jr., saw her in the window at Lafayette Children’s Library where she first worked. It was love at first sight. After a short engagement they were married in 1951. She volunteered as a Girl Scout Troop leader, reading coach at Cathedral-Carmel Elementary School, and later as a helper at United Christian Outreach. Ben and Lenore had four children: Jan Voorhies Spizale (David), Rev. Msgr. Bennett Joachim Voorhies, Rev. Fr. Thomas Parkerson Voorhies, and Claire Voorhies Marikar; five grandchildren: Matthew Spizale (Kylie), Lauren Spizale Maniscalco (Marc), Hamsa Marikar (Kailee), Amaan Marikar (girlfriend Laura Cardona), and Nasreen Marikar; and four great-grandchildren: Gioacchino Spizale, Mia and Samuel Maniscalco, and Sabrina Marikar. She is survived by all of the above descendants and her nephew, nieces and cousins. She was preceded in death by her husband of 59 years, Ben; her parents Thomas Parkerson, Sr. and Mae Singer Parkerson; her half-brother Thomas Parkerson, Jr.; and her son-in-law Sabry Marikar. Thanks to all her doctors: Juan Perez, Mark Saad, and Agostino Ingraldi; Mia Rabalais, N.P.; her sitters: Linda Bernard, Mary Ryan, and Patty Cormier; Acadian Hospice and various home health groups. Donations may be made in her memory to Marian Light Brigade, 708 E. Main Street, Ville Platte, LA 70586, a Lafayette charitable organization founded by her husband. Visitation is set for Thursday, March 17th from 3 p.m. until 7:30 p.m., with a vigil service and rosary at 6 p.m. at Martin & Castille (Downtown). A Funeral Mass will be celebrated by her sons and concelebrated by local clergy on Friday, March 18th at 10 a.m. at St. Mary Mother of the Church Parish, 419 Doucet Road, Lafayette, Louisiana 70503 with visitation to begin in church only on that day at 8:30 a.m. Interment will be in St. John Cemetery. Pallbearers will be Dave Spizale, Matthew Spizale, Hamsa Marikar, Amaan Marikar, Marc Maniscalco, Wendell Bares, and honorary pallbearer Raymond Mahfouz. View the obituary and guestbook online at www.mourning.com Martin & Castille-DOWNTOWN-330 St. Landry St., Lafayette, LA 70506, 337-234-2311

On Tuesday, March 15, 2022, Lenore Dorothy Parkerson Voorhies entered into eternal rest at the age of 91. Having been raised by a Jewish mother and an Episcopalian father, she was finally received into the Catholic Church with the sacraments... View Obituary & Service Information

The family of Lenore Dorothy Parkerson Voorhies created this Life Tributes page to make it easy to share your memories.

Send flowers to the Voorhies family.