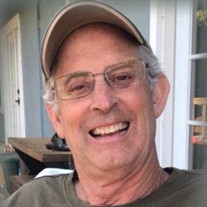 Memorial services will be held on Saturday, July 17, 2021 at 11:00 AM in Martin & Castille's La Fleur de Lis Chapel in Lafayette for Neal James Burke, age 68, who passed away Sunday evening, July 4, 2021 at his residence in Youngsville. The family will receive guests on Friday, July 16, 2021 from 4:00 PM to 8:00 PM with a Rosary prayed at 7:00 PM, and will resume on Saturday at 10:00 AM until the services. The Burke family requests that face coverings be worn during the visitation and memorial service. John Paul Charbonet will lead the services. Survivors include his beloved wife of 47 years, Donna Darce Burke; his daughter, Darci Meyerhofer and her husband Peter; his son, Hunter Burke; his grandchildren, Karsten and Greta Meyerhofer; his brothers and sisters, Jon "Gunny" Burke and his fiancée Felicia Duhon, Anna Claire Burke Robinson and her husband Richard, Kady Burke Pitre and her husband Joe, Walter James “Jim” Burke III and his wife, Donna Pat, and Barbara Burke Scott and her husband, Jeff; and a host of nieces and nephews. Neal was preceded in death by his parents, Walter James Burke II and the former Marie Amelie Maraist; and his sister in law, Annette Fontenot Burke. Neal was a native of St. Martinville and a resident of Youngsville. He had retired after a successful career in the insurance industry as he and his wife Donna founded The Burke Group. He enjoyed spending time at his property in the country while cutting grass on his John Deere, it was his "therapy". He also enjoyed traveling and camping in his RV. Neal was a true family man and was very proud of his children's accomplishments and had an extraordinary devotion to his grandchildren, who affectionately called him "Jam". He will best be remembered for his gentle spirit, generosity, witty sense of humor, curiosity, and the love he had for his family. Memorial contributions can be made in Neal J. Burke's name to Hospice of Acadiana, specifically The Calcutta House. A heartfelt appreciation is extended by the Burke family to the Ed Mury family, the staff of Hospice of Acadiana, Dr. Frank Bacque, and Neal's caregivers for their friendship and compassionate support during this difficult time. View the obituary and guestbook online at www.mourning.com Martin & Castille-SOUTHSIDE-600 E. Farrel Rd., Lafayette, LA 70508, 337-984-2811

Memorial services will be held on Saturday, July 17, 2021 at 11:00 AM in Martin & Castille's La Fleur de Lis Chapel in Lafayette for Neal James Burke, age 68, who passed away Sunday evening, July 4, 2021 at his residence in Youngsville. The... View Obituary & Service Information

The family of Neal James Burke created this Life Tributes page to make it easy to share your memories.

Send flowers to the Burke family.