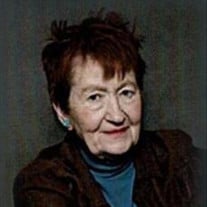 A Memorial Mass will be held on Friday, January 28, 2022 at 11:00 AM in St. Ann Catholic Church and Shrine, 3601 Transcontinental Drive, Metairie, Louisiana, 70006, for Patricia Smith Cook, M.D. FAAN, who passed away peacefully at her residence... View Obituary & Service Information

The family of Patricia Smith Cook, M.D. created this Life Tributes page to make it easy to share your memories.