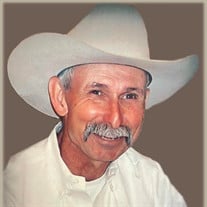 Funeral services will be held on Monday, November 29, 2021 at 1:00 PM in Martin & Castille Funeral Home in Lafayette for Patrick LeMaire, 68, who died on Friday, November 26, 2021 at The Carpenter House of St. Joseph Hospice in Lafayette. Interment will be in Holy Rosary Cemetery in Kaplan, LA. Reverend Joshua Guillory, JCL, Pastor of St. Patrick Catholic Church, will conduct the funeral services. Survivors include his beloved wife, Charleen LeMaire from Carencro, LA; his two daughters, Tori LeMaire Rivera (Johnny) from San Diego, CA and Katy LeMaire Jeske (Ryan) from Prescott Valley, AZ; and his four grandchildren, Payton and Knoxx Jeske as well as Braiden and Cohen Rivera, his sister Donna LeMaire Reese (Clyde) and brother Ronnie LeMaire (Marilyn) from Gueydan, LA; and brother-in-law Kendall Schexnider from Maurice. He was preceded in death by his parents, Mazie and Lee (Jap) LeMaire from Kaplan, LA.; his father-in-law Rodney Schexnider (Verna) from Lafayette and mother-in-law Myrtis Faulk Marceaux from Kaplan; sister-in-Law Deanna LeMaire from Gueydan, LA. Pat was a graduate of Gueydan High School, Class of ’70. Raised as the son of a rice farmer, he spent many years in the green rice fields of Mulvey, Louisiana. He was in the National Guard, Jennings unit, for six years. After moving to Lafayette, he opened a business with his father-in-law Rodney Schexnider. They were owners of S&L Diggin’ Inc, an outside utility company primarily working with several municipalities in the Lafayette area. “Coach Pat” was involved for several years with CAYSI girls’ softball while his daughters were growing up in the Carencro area. The Scott KCs trail ride was a passion and as Trail Boss, he made many life long friends in Scott and neighboring communities as well. He also devoted many years to the Cajun Buddy Barrel event at the Lafayette and Lake Charles rodeos where he became an avid teacher about the finer points of standing and jumping from that barrel onto the back of his partner’s horse. He was a horse lover for many years, caring for several of his own. Pat loved raising cattle as well. The big blue tractor in his hayfield was his favorite ride. And so, the cowboy rides away. His big heart and endearing loyalty will be missed by many. Pallbearers will be Chad LeMaire, Josh LeMaire, Johnny Rivera, Ryan Jeske, Mitchell Schexnider and Ronnie Landry. The family requests that visitation be observed in Martin & Castille's DOWNTOWN location on Sunday from 2:00 PM to 9:00 PM and will continue on Monday from 9:00 AM until time of services. A Rosary will be prayed on Sunday at 6:00 PM by the Knights of Columbus of Scott in Martin & Castille Funeral Home. Memorial contributions can be made in Pat's name to the Parkinson’s Disease Foundation, 200 SE 1st Street, Suite 800 Miami, FL 33131. A heartfelt appreciation is extended by the LeMaire family to the nurses, staff and doctors of The Carpenter House at St. Joseph Hospice and Dr. Damon Patterson and staff for their kindness and compassion. View the obituary and guestbook online at www.mourning.com Martin & Castille-DOWNTOWN-330 St. Landry St., Lafayette, LA 70506, 337-234-2311

Funeral services will be held on Monday, November 29, 2021 at 1:00 PM in Martin & Castille Funeral Home in Lafayette for Patrick LeMaire, 68, who died on Friday, November 26, 2021 at The Carpenter House of St. Joseph Hospice in Lafayette. Interment... View Obituary & Service Information

The family of Patrick LeMaire created this Life Tributes page to make it easy to share your memories.

Send flowers to the LeMaire family.