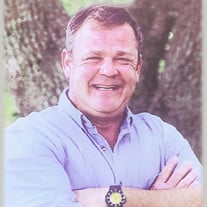 Funeral services will be held on Saturday, October 9, 2021, at 1:00 PM in La Chapelle de Martin & Castille for Randy James Judice, 71. Mr. Judice passed away Wednesday, October 6, at Our Lady of Lourdes Regional Medical Center after a courageous battle with cancer. Reverand Honey Becker, of The Episcopal Church of the Ascension in Lafayette, will officiate the funeral services. Survivors include his spouse of 25 years, Matsie Gauthier Lalonde; his daughters, Angelle Judice Adams and her husband, Anthony, Natalie Judice Duhon and her husband, Joshua, and Nichole Judice Romero and her husband, Brandon; stepson, John Kyle Lalonde and his wife, Ashlie; his mother, Elsie Hamilton Judice; eleven grandchildren, Austin Adams, Abigail Adams, Anna-Grace Adams, Amelia Adams, Connor Duhon, Chandler Duhon, Ryder Romero, Rylie Romero, Aubrey Romero, Kolt Lalonde and Gage Lalonde; his siblings, Clay Judice, Sr. and his wife, Patti, Kim Judice and his wife, Kay, Claire Guidry and her husband, George, Della Luquette and her husband, Doug, Molly Lavin and her husband, Bobby, Cindy Hebert and her husband, Steven, Ellen Goodyear and her husband, Mark, Will Judice and his wife, Marsha; numerous nieces, nephews, relatives and friends. He was preceded in death by his father, James Judice; a nephew, Jake Lavin; a niece, Amanda Judice; and a great niece, Magdaline Lowery. Randy, the oldest of nine children, grew up in Lafayette in a loving family. He was a jovial person right from the start and loved teasing his siblings often, much to their dismay. He was a graduate of Our Lady of Fatima Catholic School where as a young boy he played Offensive Guard for the Warriors. After graduation he went on to USL majoring in Business Administration. Randy worked for the family business at Judice Electric Motor Company for fifty-two years. At just nine years old he began working at Judice Electric, often sneaking into the shop to try and learn the trade of repairing motors. Working alongside his father, his greatest role model, Randy learned the business from the ground up eventually serving as Vice-President. He spent the majority of his career building long-lasting relationships with his customers, who often became his friends. Randy loved his family, especially his children and grandchildren. When his girls were young, they spent many summers at the beach in Gulf Shores, Alabama, where every day with him was sure to be a laughing, fun-filled adventure. He enjoyed teaching his girls and passing on his immense knowledge about his favorite hobbies. Whether it was catching fish in the pond behind his house, how to shoot straight or engineering the solution to any project they were working on; these were the skills he impressed upon his girls. Over the years, his joy came from spending time with the people he loved. His devotion to his family, particularly his mother, and their Tuesday visits were cherished by both of them. Grabbing a burger at Judice Inn, or simply visiting with friends and family were a few of his favorite pastimes. Randy was an outdoorsman who loved hunting and fishing. He could often be found at the hunting camp on weekends with his friends, ready for the next dawn or dusk chance to spot a deer. His many hunts with friends and family provided him with happy times and great stories. He also spent his extra time working on his land, property that once belonged to his great-grandfather. He cherished his memories of working that land as a young boy with his grandfather. The pecan orchard he planted, and crawfish farms were a constant conversation, and a great excuse to take his grandchildren “Riding the Ranger” or John Deere through the fields. The life he and Matsie shared was a special one, full of the simple pleasures. A football game on the TV, a warm meal on the stove, and sitting on their porch watching the sunsets, is really all it took to make him smile. He could often be heard exclaiming, “I love it out here!” He had the tightest bear hug, loud triple-smack cheek kisses and a boisterous laugh that could be heard for miles around. He will be remembered for his light natured, fun-loving spirit and above all, his kind heart. The family requests that visitation be observed in Martin & Castille's DOWNTOWN location on Saturday, October 9, from 10:00 AM until time of services. Memorial contributions can be made in Randy’s name to The Leukemia & Lymphoma Society online at www.lls.org or the American Cancer Society online at www.cancer.org . A heartfelt appreciation is extended by the Judice family to his doctors, Dr. Gautam Borthakur, Dr. Virasith Rajapho, Dr. Matthew Boudreaux, the nurses and staff of M.D. Anderson and Our Lady of Lourdes, especially Dr. Elpidia Balbastro as well as his caretaker and close friend, Vanessa Romero. View the obituary and guestbook online at www.mourning.com Martin & Castille-DOWNTOWN-330 St. Landry St., Lafayette, LA 70506, 337-234-2311

The family of Randy James Judice created this Life Tributes page to make it easy to share your memories.

Send flowers to the Judice family.