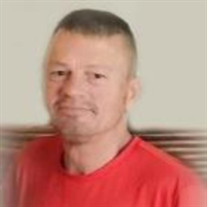 Funeral services will be held on Saturday, March 19, 2022, at 3:30 PM in La Chapelle de Martin & Castille in Lafayette, for Shannon Wayne Horton, 52, who peacefully passed away, with loved ones by his side, at The Carpenter House-St. Joseph Hospice in Lafayette. Interment will be in Fountain Memorial Gardens. Deacon Frank Cormier of St. Edmond Catholic Church will conduct the funeral services. Survivors include his beloved wife of 28 years, Melanie Dixon Horton; his two sons, Matthew Horton, and Cameron Horton; his mother, Dianna Horton; his two brothers, Brandon Horton, and Chris Horton and his wife, Shannon; a nephew, Reece Horton; two nieces, Ada Horton, and Carlie Horton; and his in-laws, Dave and Judy Dixon. Shannon was preceded in death by his father, John “Jack” Wayne Horton; and a brother-in-law, Bryan Dixon. Shannon was a loving husband, father, son, & brother. Anyone who knew Shannon knows how much he loved his career in law enforcement. Unfortunately, Shannon's career in law enforcement came to a halt when he fell ill. Since then, he's fought a fight not many could have. He enjoyed fishing, LSU football & LSU baseball, and being outdoors. He was most known for the love of his family, especially his wife and kids. His integrity was unmatched and his willingness to help others before himself never wavered even in his later years. He was a great man until the end. Now a new chapter begins for him with the Heavenly Father. Pallbearers will be Matthew Horton, Cameron Horton, Brandon Michael Horton, Reece Horton, Chris Horton, and Charles Purvis. Honorary Pallbearer will be Dave Dixon. The family requests that visitation be observed in Martin & Castille's DOWNTOWN location on Saturday, March 19, 2022, from 11:00 am until time of services. A Rosary will be prayed on Saturday afternoon at 1:00 pm in Martin & Castille Funeral Home. View the obituary and guestbook online at www.mourning.com Martin & Castille-DOWNTOWN-330 St. Landry St., Lafayette, LA 70506, 337-234-2311

Funeral services will be held on Saturday, March 19, 2022, at 3:30 PM in La Chapelle de Martin & Castille in Lafayette, for Shannon Wayne Horton, 52, who peacefully passed away, with loved ones by his side, at The Carpenter House-St. Joseph... View Obituary & Service Information

The family of Shannon W. Horton created this Life Tributes page to make it easy to share your memories.

Send flowers to the Horton family.