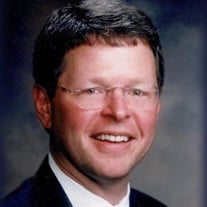 Funeral services will be held on Saturday, January 30, 2021, at a 1:30 PM Mass of Christian Burial in the Cathedral of St. John the Evangelist Catholic Church in Lafayette, for Stephen Joseph Oats, 63, who died suddenly on Tuesday, January 26, 2021 at his residence in Lafayette. Inurnment will be in St. John Cemetery. The Very Reverend Chester C. Arceneaux, VF, Rector of the Cathedral of St. John the Evangelist, will serve as Celebrant of the Mass and conduct the funeral services. Concelebrant for the Mass will be Rev. Mark Miley, pastor of Holy Rosary Catholic Church in Kaplan. For family members and friends who are unable to attend on Saturday, January 30, at 1:30 PM, the service will be live-streamed to a Memorial Facebook Group dedicated to Stephen Joseph Oats. To join the group, click the link below and then "join group". The video will appear on this group at service time 1:30 PM. You may also share memories, pictures and condolences to the family in this group. Facebook link: www.facebook.com/groups/stephenjosephoats/ Steve’s expansive sphere included family, friends and colleagues woven through his love of all things UL; community service, politics and government, and hunting and travel. His friends, colleagues and family treasure him as an honorable person, one who could be counted on, and as a great friend, host and source of good cheer. Above all, the mutual love and devotion he shared with his wife, Sylvia, and the life that they built together, stands above all of his many accomplishments. Steve and Sylvia loved entertaining at home and at Dimension Ranch. A great morning for Steve was watching the sunrise in the duck blind with his Labradors, Lexie and Shelby. A native of Lafayette, he was born on January 4, 1958. Steve graduated Cum Laude from the University of Southwestern Louisiana (USL) in 1979, and from Tulane University School of Law in 1983. He returned to Lafayette, and began his practice of law in 1985. A founding partner of the law firm of Oats & Marino, Steve was the managing partner and chaired the firm’s executive and administrative committees. Steve was admitted to the Louisiana Bar Association (1983); the United States District Courts for the Eastern, Middle and Western Districts of Louisiana; and the State Courts of Appeal as well as the Fifth Circuit Court of Appeals and the United States Supreme Court. He was appointed as Louisiana Department of Justice, Special Assistant Attorney General, and as general counsel for the Morial Convention Center in New Orleans, LA; the Lafayette Parish Assessor; the Lafayette Parish Clerk of Court; the Realtor Association of Acadiana, and the LITE Commission in Lafayette, LA. He was a member of the Louisiana State and American Bar Associations and was a lifetime fellow of the Louisiana Bar Foundation and the Louisiana Association of Defense Counsel. He served as a commissioner on the Louisiana Wildlife and Fisheries Commission, and was a charter member of the Lafayette Charter Commission, a lifetime member of the National Rifle Association and a lifetime sponsor of Ducks Unlimited. Steve was an active member of the University of Southwestern Louisiana Alumni Association and served his alma mater in many capacities as the organization’s president, president-elect, vice president of membership and finance, treasurer, and on its board of governors. His devotion to the University of Louisiana athletics--especially baseball-was impossible to miss. At home games, Steve could be spotted in the seating area nearest first base, with a coterie of friends and fellow fans, cheering on his Ragin Cajuns. He loved his extended family, filled with sisters, sisters-in-law, brothers-in-law, nieces, nephews, cousins and more, always looking forward to hosting or attending their noisy, loving gatherings. Steve is survived by his wife of 42 years, Sylvia Mineo Oats, as well as his mother, Ellen Stearns Level; his sisters Kathleen and her husband David Duplechien, and Cher Oats. He leaves behind numerous members of the Mineo clan, including Donna Fitzgerald DeJean and her husband Kenneth; Laure and Robert Mineo; Mary Beth and Fred Chevalier; Marianne and Lance Call; Julie and Pete Harth; and Brigid and John Guillory. He adored his numerous nieces, nephews, great-nieces and great-nephews. He was preceded in death by his father, Stephen Andrew Oats. Pallbearers will be Fred Chevalier, Lance Call, Larry Marino, Marc Mouton, Frank Taylor, Louis Perret, Conrad Comeaux and Dwight Munchrath. Honorary Pallbearers will be Coach Raymond Blanco, Charles Chatelain, Bryan Bourque, Ken Dejean, Roger McChesney, Mo Hannie, Stan Guidroz, Patrick McIntire, Daniel J. Phillips, Cearley W. Fontenot, Todd M. Swartzendruber and Paige C. Beyt, staff of Oats and Marino and brothers of Kappa Sigma Fraternity. The family requests that visitation be observed in Martin & Castille's DOWNTOWN location on Friday, January 29, 2021 from 1:00 PM to 6:00 PM. Visitation will continue on Saturday at Cathedral of St. John the Evangelist Catholic Church from 11:30 AM until time of services at 1:30 PM. A Rosary will be prayed by The Catholic Daughters led by Brigid Guillory, Steve’s sister-in-law, on Friday, January 29, 2021 at 5:00 PM in Martin & Castille Funeral Home. In lieu of flowers, please consider making a donation in Steve’s memory to the Cathedral of St. John the Evangelist, 914 St. John Street Lafayette, Louisiana 70501. View the obituary and guestbook online at www.mourning.com Martin & Castille-DOWNTOWN-330 St. Landry St., Lafayette, LA 70506, 337-234-2311

Funeral services will be held on Saturday, January 30, 2021, at a 1:30 PM Mass of Christian Burial in the Cathedral of St. John the Evangelist Catholic Church in Lafayette, for Stephen Joseph Oats, 63, who died suddenly on Tuesday, January 26,... View Obituary & Service Information

The family of Stephen Joseph Oats created this Life Tributes page to make it easy to share your memories.

Send flowers to the Oats family.