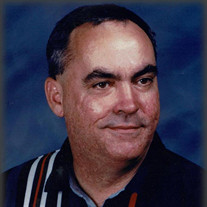 A Celebration of Life service will be held for Willie P. Arabie on Wednesday, February 2, 2022 at 10:00 AM in La Chapelle de Martin and Castille, 330 St. Landry, Lafayette, LA 70506. Willie who was 68 when he transitioned into his heavenly home on Friday, January 28, 2022 at Ochsner Lafayette General Medical Center. The family requests that visitation be observed in Martin & Castille's DOWNTOWN location on Tuesday, February 1, 2022 from 4:00 PM to 9:00 PM and will continue on Wednesday, February 2, 2022 from 8:00 AM until time of service at 10:00 AM. Interment will be in Holy Mary Mother of God Cemetery. Deacon Cody Miller will conduct the funeral services. Willie was known as a gentle giant that knew many, but had no enemies. Some of his hobbies included, painting, playing guitar and playing bingo with his friends. He would jump at the opportunity to help anyone in need, at any given time, without a second thought. He will deeply missed and memories will be cherished by all who knew him. Survivors include his daughter Kristy Trahan and her husband, Shane of Lafayette; his son Jason Arabie and his fiancée Michele Grouvillia of Breaux Bridge; his grandchildren, Cody Trahan and his wife, Angel, Ryan Trahan and his wife, Carolyn, Tyler Arabie and his wife, Nikeia, Dylan Arabie and Noelani Arabie; his great-grandchildren, Rylee Trahan, Wade Trahan, Tyler Arabie, Jr. and Atreus Arabie; his sisters, Dee Ella Balfa and Clara Pomier; his brother, Johnny Arabie; his godchild, Kevin Domingue and numerous nieces and nephews. He was preceded in death by his parents, Andrus Arabie and Gertie Hebert Arabie; his sisters, Celia Domingue and Evelyn Lavergne and his brother, Stanley Arabie, Sr. Pallbearers will be Jason Arabie, Cody Trahan, Ryan Trahan, Shane Trahan, Jeff Balfa and Kurt Jason Arabie. Honorary pallbearer will be Kevin Domingue. Memorial contributions can be made in Willie's name to St Jude Children's Research Hospital, www.stjude.org A heartfelt appreciation is extended by the Arabie family to the entire staff at Lady of the Oaks Retirement Manor for their compassionate care and making Willie feel like family. View the obituary and guestbook online at www.mourning.com Martin & Castille-DOWNTOWN-330 St. Landry St., Lafayette, LA 70506, 337-234-2311

A Celebration of Life service will be held for Willie P. Arabie on Wednesday, February 2, 2022 at 10:00 AM in La Chapelle de Martin and Castille, 330 St. Landry, Lafayette, LA 70506. Willie who was 68 when he transitioned into his heavenly... View Obituary & Service Information

The family of Willie P. Arabie created this Life Tributes page to make it easy to share your memories.

A Celebration of Life service will be held for Willie P. Arabie...

Send flowers to the Arabie family.