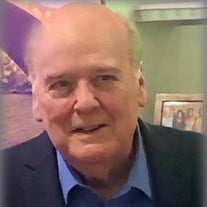 Bobby G. Cobb, 76, ran into the arms of Jesus and his beloved dog, Bentley on Friday, December 17, 2021. He was better known as &#8220;Poppy&#8221; to those who had the privilege of being loved by him. Poppy came into this world as the third... View Obituary & Service Information

The family of Bobby G. Cobb created this Life Tributes page to make it easy to share your memories.

Send flowers to the Cobb family.