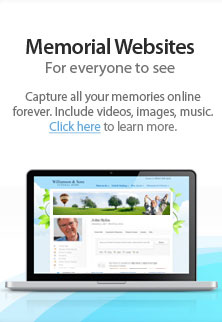 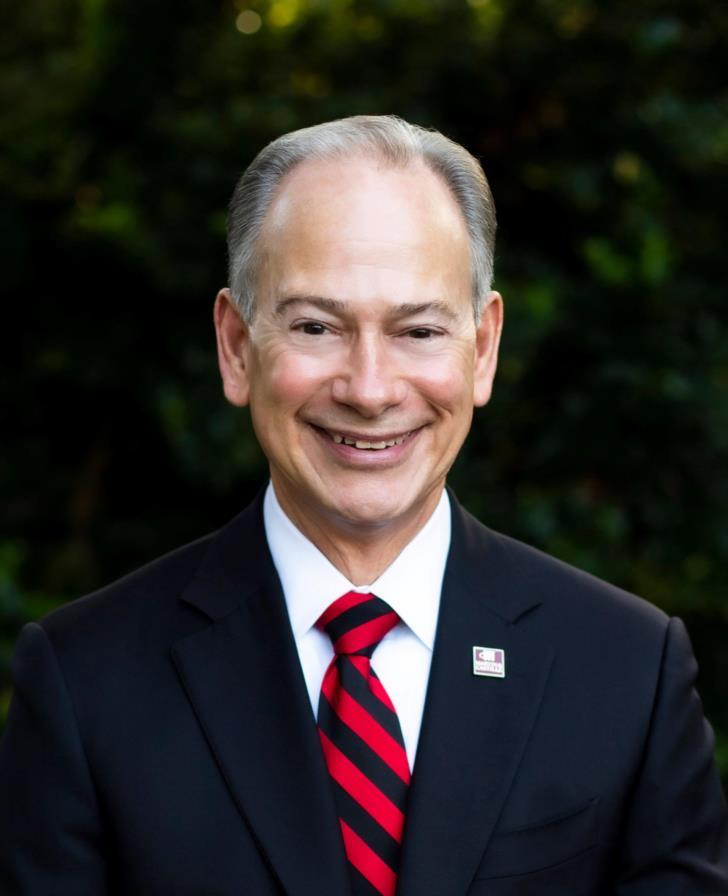 When Wes Castille decided to join his family's funeral home, he understood the importance of his family's tradition of dedication to the community.

He trained with Commonwealth College of Funeral Service (now Commonwealth Institute of Funeral Service) and returned to Lafayette. Then 21 years old, Wes continued his training with Gene Walters supervising him. In 1982, Wes took on day-to-day operations of the home with an understanding that first and foremost he was to ensure that Martin & Castille continue to serve the needs of the community.

In order to uphold this tradition and gain a better understanding of the community, Wes involved himself in a variety of community projects, including Leadership Lafayette, United Way Campaign Cabinet, Big Brothers/Big Sisters, and the Rotary Club of Lafayette South. He has served on the Greater Lafayette Chamber of Commerce Board of Directors and is a past vice president of the Chamber's Communication/Leadership Division, a past vice president of the Chamber's Membership Division, and a past president of Leadership Lafayette Alumni Association. Though these organizations and the volunteer services he participates in, Wes has developed a sense for the needs of the people in Lafayette and has tailored the services of Martin & Castille to respond to these needs, adding even greater credence to his family's tradition of community service.

Deeply spiritual, Wes has taken an active role in his church and inspires the faith of others. Helping families through life is more than a tag-line to Wes; it is a way of life. 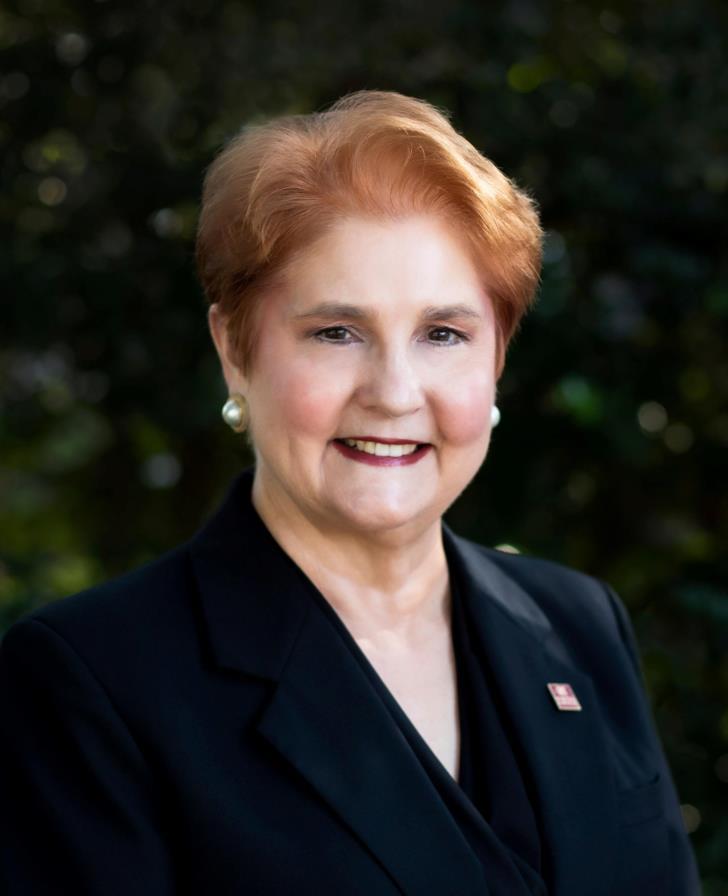 The tradition of family, established upon the founding of Martin & Castille Funeral Homes in 1934, continues with the association of Denise F. Castille as Secretary-Treasurer.

As a graduate of Port Barre High School, her Acadiana roots gives her a unique understanding of and sensitivity for the people and culture of this part of Louisiana.

Denise graduated from McNeese State University with a BA in Social Studies. She advanced her education earning a Generic Certification in Special Education through the University of Louisiana in Lafayette.

As Secretary-Treasurer of Martin & Castille Funeral Home, Denise stands ready to assist her husband, Wes, in providing compassionate service to families in need. She receives continued education in the funeral industry through the National Funeral Directors Association as well as Selected Independent Funeral Homes through participation in the organizations' national conferences.

Denise is an avid reader and includes among her interests travel and golf. Her professional career is balanced with her devotion to her family of which she is the mother of three children, Raymond, James, and Emily. 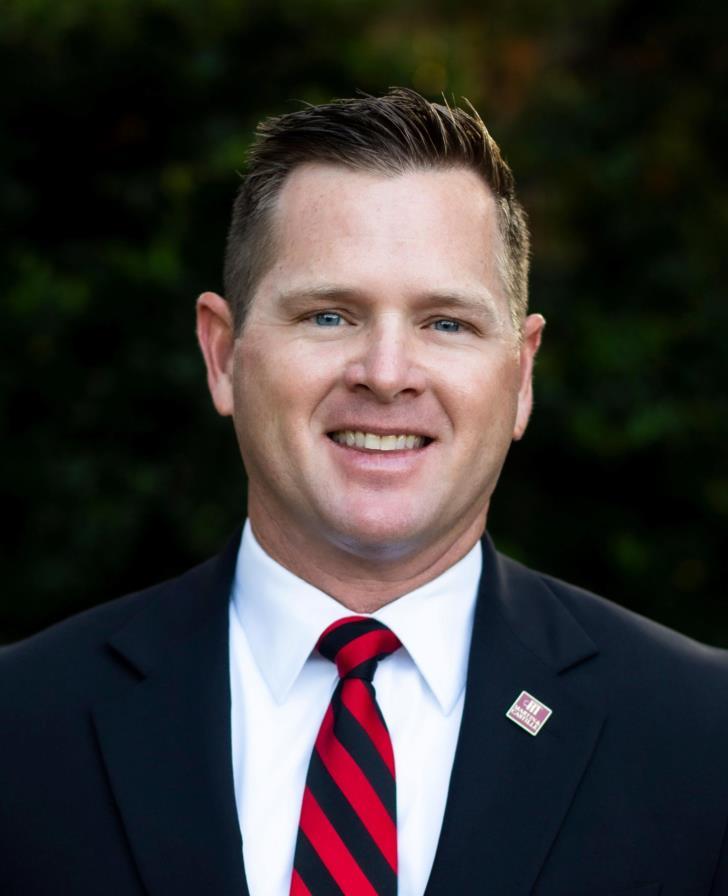 R. T. is a native of Lafayette and a fourth generation funeral director and embalmer. He is a 1997 graduate of Teurlings Catholic High School and a 1999 graduate of Delgado Community College in New Orleans, Louisiana where he earned a degree in Mortuary Science. He passed the National Board Exam in June, 1999 and was licensed in January, 2000. R. T. is a member of the Southwest Louisiana Funeral Directors Association and the Louisiana Funeral Directors Association.

R. T. is a member of the Monsignor Teurlings Knights of Columbus and the Rotary Club of Lafayette-Downtown. He and his wife, Kelly Domingue Delhomme have two children, Gabriel and Caroline Delhomme. They are parishioners of St. Leo the Great Catholic Community.

R. T. brings a lifetime of funeral home tradition and honorable work ethic inspired by his father, grandfather, and great grandfather. He sincerely believes that every person deserves a dignified funeral service with the best possible care being extended to the bereaved family. His attention to detail, his ability to listen compassionately to family members, and his job integrity are qualities which make R. T. one of the best in his profession. 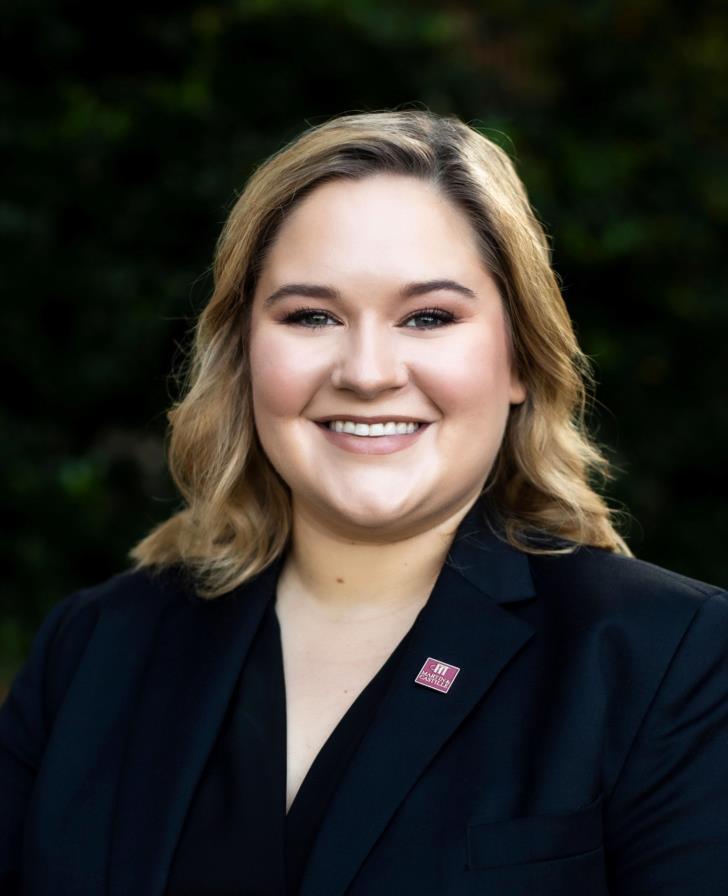 Emily Claire Castille is a 2013 graduate of St. Thomas More High School in Lafayette, LA. After graduating from STM, she began her funeral directing and embalming internship at Martin & Castille Funeral Home under the supervision and guidance of her father, Wes Castille.
Once Emily completed a summer of internship, she moved to Houston, TX to pursue her career and attended Commonwealth Institute of Funeral Service. There, she excelled academically and realized her genuine passion for the funeral care industry.
Emily graduated from Commonwealth Institute with both Honors and Distinction in the fall of 2014.
Upon returning to her hometown of Lafayette, Emily completed her instruction, studying under Martin & Castille’s experienced and caring staff. Because of their continued leadership, Emily’s devotion to service grew immensely.
She is now a licensed funeral director and embalmer, and considers herself blessed to serve the great families of our Acadiana community.
Emily exhibits empathy and compassion for the families she serves, attributes similar to that of her gracious aunt, the late Carleen Castille.
Family is always in the forefront of her mind as she honors the Martin & Castille legacy built by her grandfather, the late Paul L. Castille. She looks forward to her future in funeral service, following in the footsteps of her loving father, Paul W. “Wes” Castille. 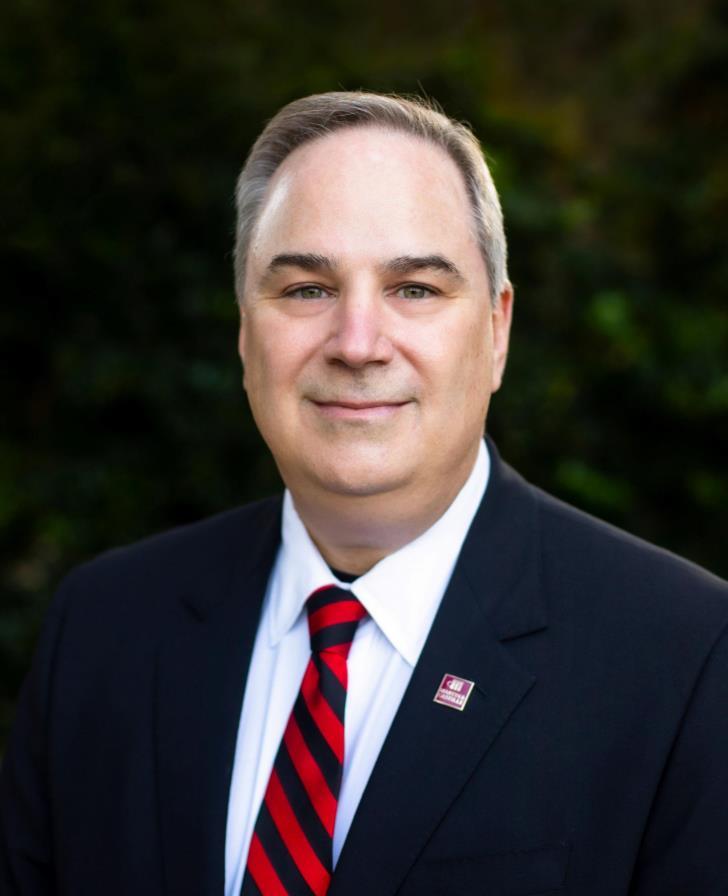 Mark is a native of Breaux Bridge and was a 1989 graduate of Breaux Bridge Senior High. In 1991, while attending Mortuary College, he joined the staff of Brookside Funeral Home in Houston, Texas. While employed there as a funeral service assistant, he acquired various essential skills in embalming, restorative art and funeral directing. Mark graduated in 1992 from Commonwealth Institute of Funeral Service with honors and distinction and attained an Associate Degree in Applied Sciences.

Always focused on returning to Acadiana after graduation, Mark moved to New Iberia and joined the David Funeral Homes so he could serve the wonderful people of this area he calls home. He earned his La. State Embalming and Funeral Directing license in January of 1994. Mark's career with David Funeral Homes spanned a total of over 12 years where he served families of south Lafayette, Broussard, Youngsville, and Erath and was a location manager.

Mark is married to the former Tessie McCord. They have a daughter, Meagan Gowdey and her husband Derick, two sons, Adam and Brantley, and three grandsons, Peyton, Matthew and Raymond.

Mark's genuine compassion and empathy shared with all the families he serves has built him a trusted and respected reputation. His dedication and integrity have made him one of the finest professionals in the funeral industry. 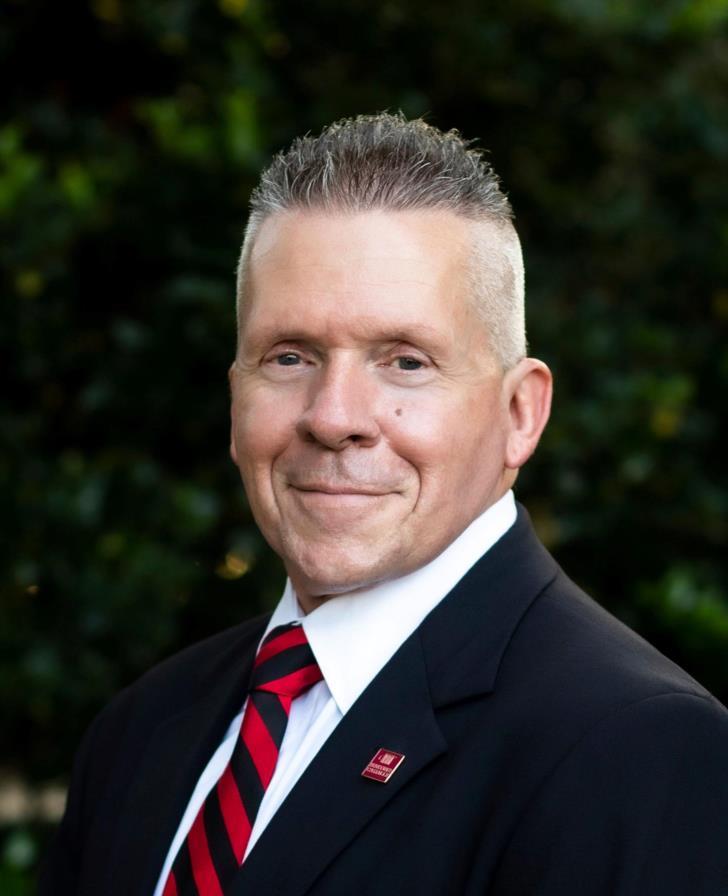 Perry is a native and lifelong resident of Lafayette, Louisiana. After graduating from Northside High School in 1975, he attended Commonwealth College of Mortuary Science in Houston, Texas, where he graduated in the Fall of 1976. Perry has served the People of Lafayette Parish for over thirty years in the Funeral Profession, working at Melancon Funeral Home for eight years, then Delhomme Funeral Home for twenty two years and is presently employed at Martin & Castille Funeral Home, since the beginning of the summer of 2006 and is very proud to be a part of their staff. Jesus is his Hero and the Cornerstone of his life. God has given him a wonderful and amazing wife named, Peggy and two beautiful and very special children, Nick and Meghan, who are the three most important people to him on the face of the earth. He considers it a privilege to serve people and it is one he does not take lightly. His love and compassion for people are his two best qualities to help them at such a difficult time. 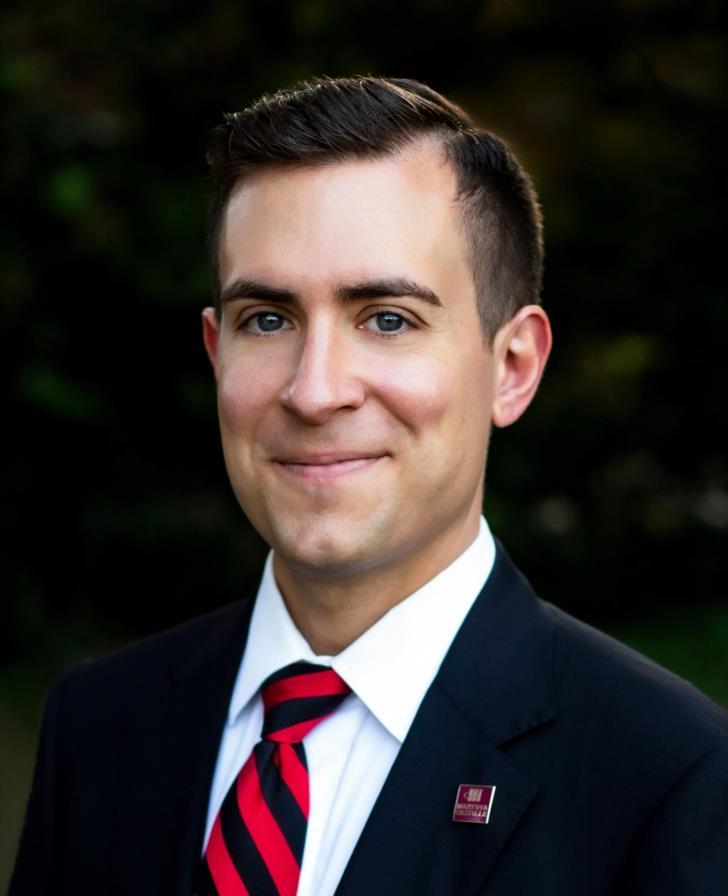 Lane is a native of Lafayette and a resident of Broussard, Louisiana. In 2003, after graduating from Ovey Comeaux High, Lane furthered his education at the University of Louisiana at Lafayette. In 2006, he received his Associate's Degree with honors and distinction from Commonwealth Institute of Funeral Service in Houston, Texas and was awarded most proficient embalmer.

"Blessed are those that mourn, for they shall be comforted." - Matthew 5:4 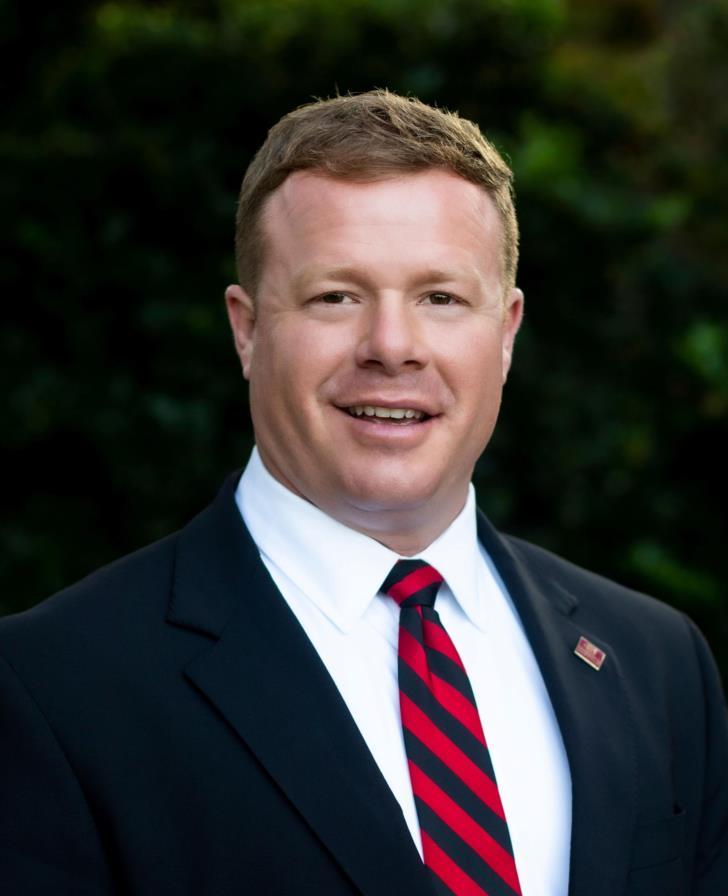 Kearn Alan Dooley is a native of Delcambre, Louisiana and a 1998 graduate of Delcambre High School. Kearn is very proud of his small town upbringing and his Cajun heritage.
Kearn had an experience in High School that would alter the course of his life and open a door to the ministry of love and encouragement through grief. At the age of 17, Kearn lost his father to cancer and committed his life to Christ and serving others.
Kearn attended and graduated from Delgado Community College and pursued a career in Funeral Directing. He received his Louisiana State Embalming and Funeral Directors License on July 8, 2002. The passion to serve and assist families in their time of grief has allowed Kearn’s career to thrive and be a blessing to the communities in Iberia, Vermilion and Lafayette Parishes. He believes that life is precious and his gentle approach to honoring the legacy each individual leaves behind, will create a memory cherished for a lifetime.
Kearn is an active member of Our Savior’s Church where he serves on the prayer team and is regularly involved in any number of activities that include prison ministry and teaching bible studies. He is also a current member of the National Funeral Directors Association and Southwest Louisiana Funeral Directors Association. Kearn is a graduate of Leadership Iberia and has served on the board of directors for Habitat for Humanity and was also a volunteer minister at Iberia Homeless Shelter.
With Christ at the center of his life, his passion overflows into the lives he has touched through his career and his ministries. He has a beautiful daughter, Kylie Claire, who is a true reflection of his heart for God.
His hobbies include cycling, hiking, fishing, reading and spreading the good news of Jesus Christ. 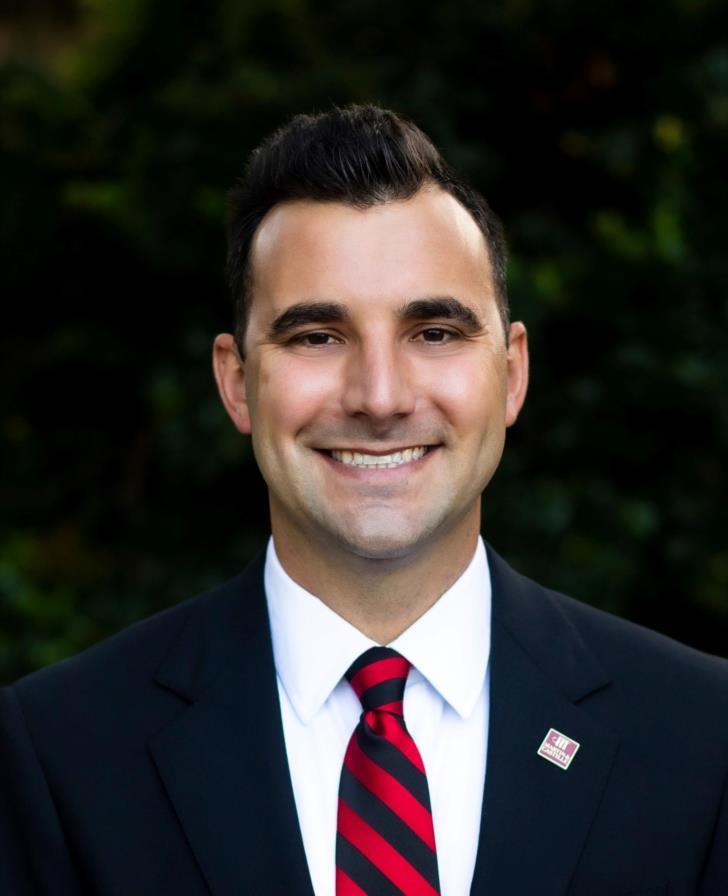 Dylan is a native of Parks and currently resides in Arnaudville. He is a 2009 graduate of Breaux Bridge High School. After high school, Dylan continued to further his education at Commonwealth Institute of Funeral Services in Houston, Texas where he graduated with honors in 2011.

He began his career in the funeral industry in 2011 where he worked at Pellerin Funeral Home for 10 years before joining the staff at Martin & Castille in 2021.

Dylan completed the Dale Carnegie Training program, a program which he incorporates, along with his educational experience, in his daily work and life.

His commitment to the funeral industry is driven by the love that he has in wanting to assist families during their time of loss.

In his free time he enjoys attending sporting events, traveling, and spending time with his family and friends. 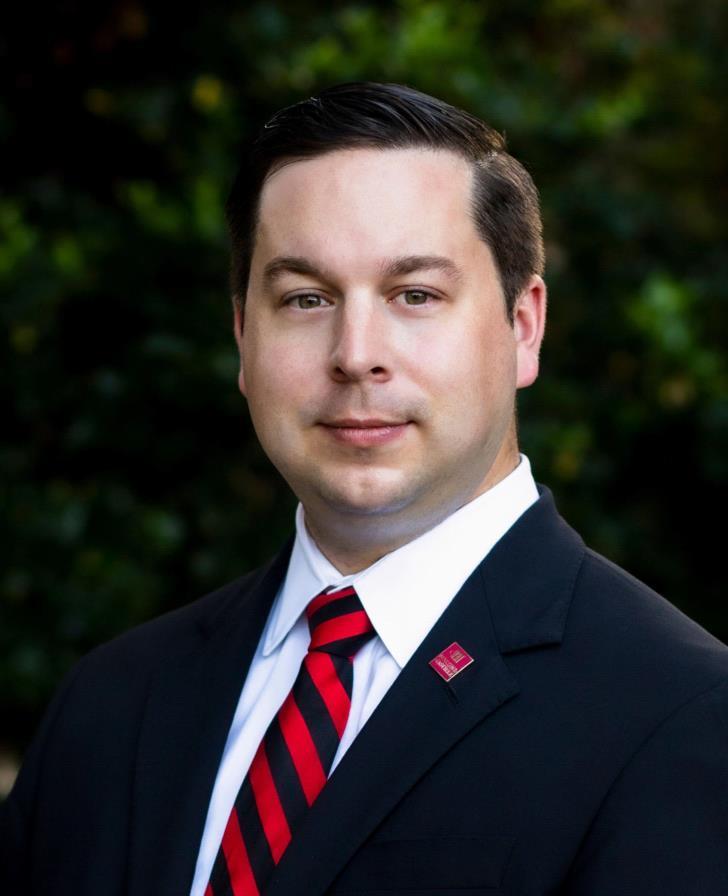 Joshua is a native of Lewisburg, a community just south of Opelousas, and a resident of Lafayette, Louisiana since 2008. He is a 2004 graduate of Beau Chene High School and was a member of the Beau Chene High Mighty Gator Band 2001-2004. He also attended Opelousas Catholic during elementary and middle school developing strong roots in his Catholic faith through the religious curriculum there as well as through the CCD program with St. Landry Catholic Church where he received his Confirmation. Joshua furthered his education at the University of Louisiana at Lafayette in General Studies and in 2006, he received his Associate Degree with honors and distinction from Commonwealth Institute of Funeral Service in Houston, Texas.

Joshua is a parishioner of St. Landry Catholic Church where he is a third-degree knight with the Knights of Columbus, council #1173, Joshua also participates and enjoys speaking the written word with his faith community as a lector since 2012.

Joshua enjoys spending time with close friends and family, camping, socializing, and bartending in his spare time. He is extremely grateful for the opportunity to serve the families of Lafayette as a new aspect in his funeral service journey.

“The righteous cry out, and the Lord hears them; he delivers them from all their troubles. The Lord is close to the brokenhearted and saves those who are crushed in spirit.”
Psalms 34:17-18 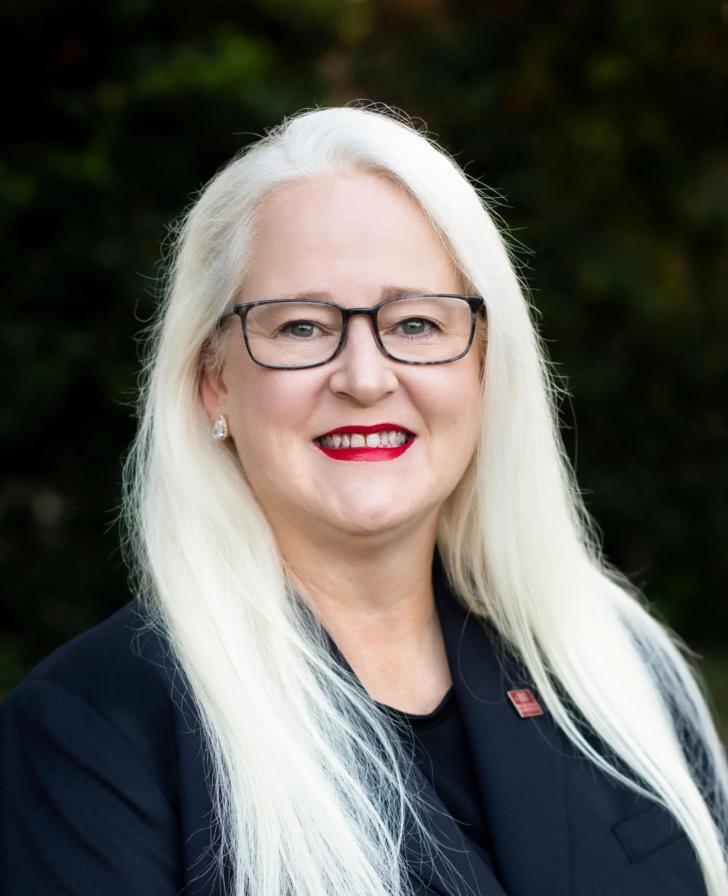 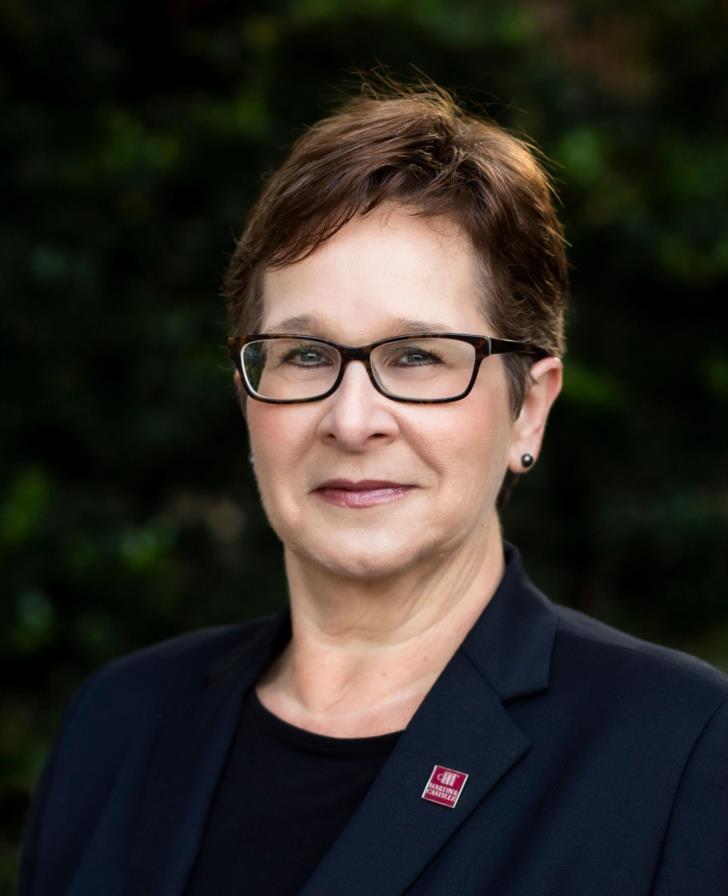 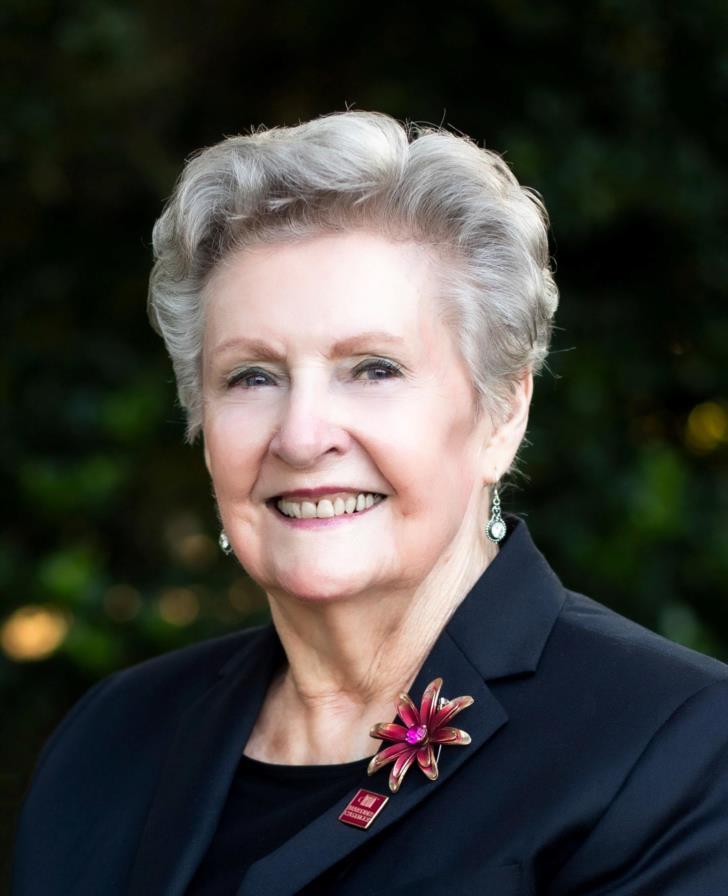 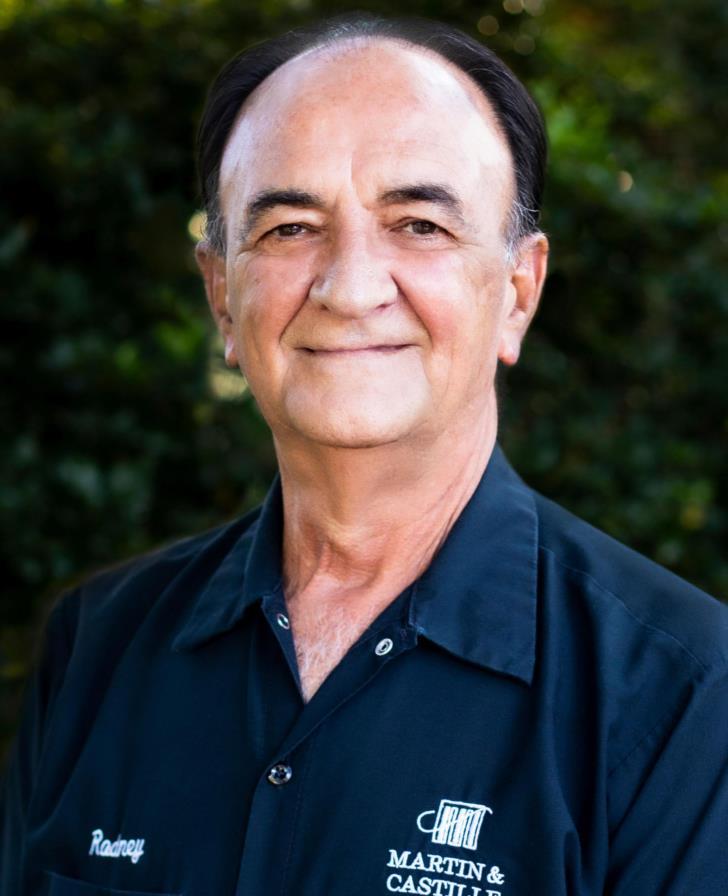 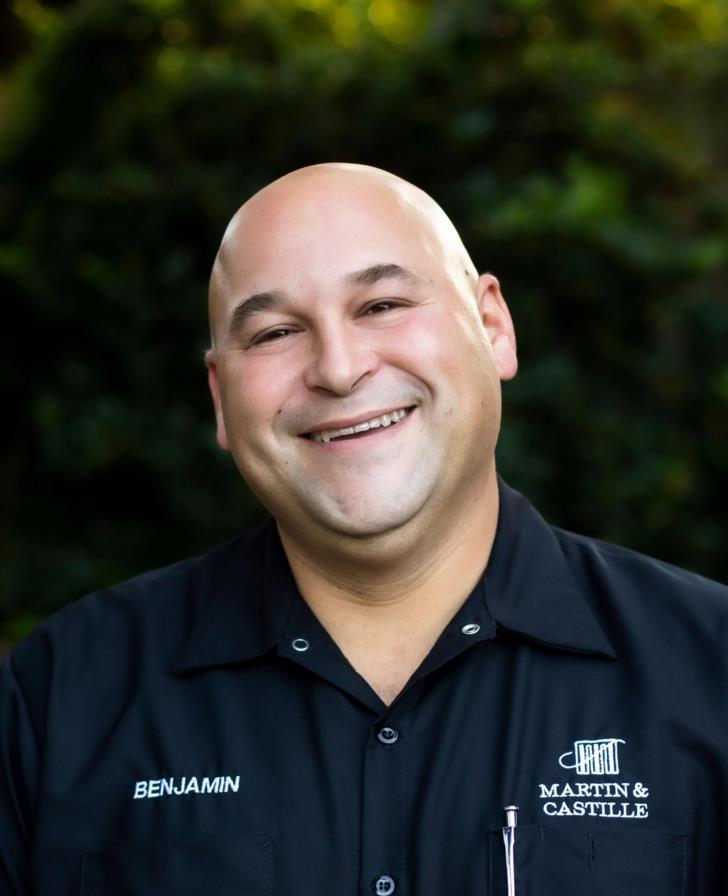 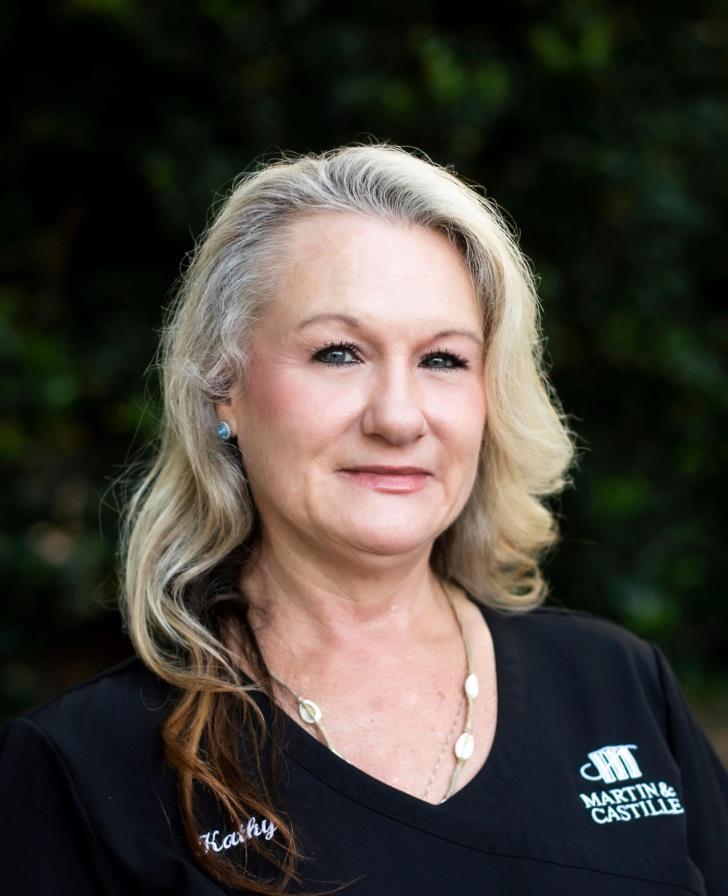 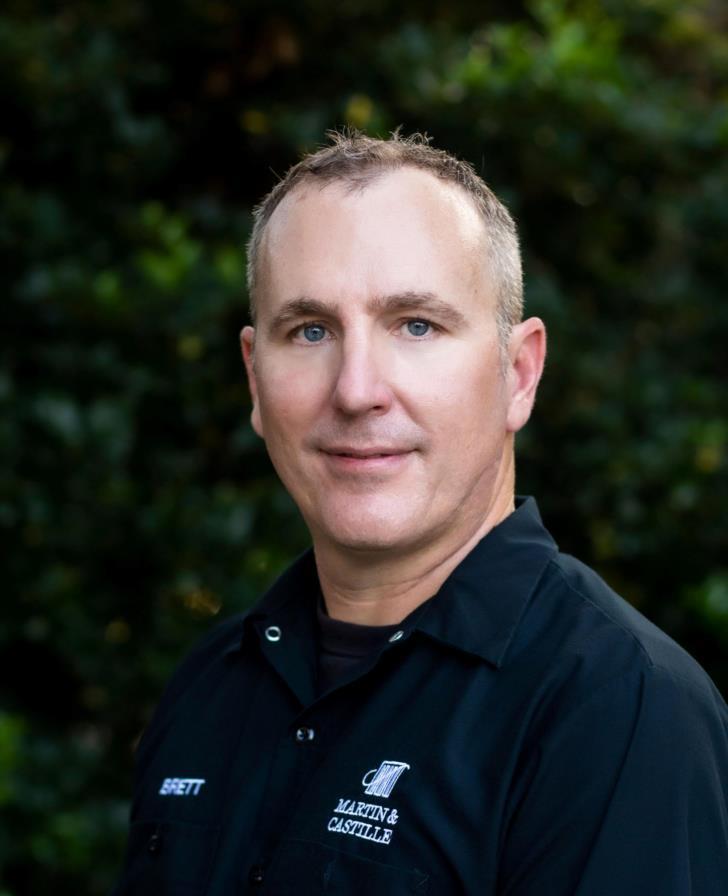