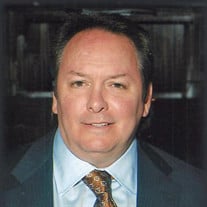 Bryan Ray Knight, 61, of Lafayette passed away at home November 14, 2020. He was preceded in death by his parents Ann Rinchuso Knight and Edward Ray “Eddy“ Knight. He is survived by his son, James Edward Knight, of Los Angeles, California; sister, Kelly Knight Sobiesk, of Houston, Texas; and brother Mark Edward Knight, of Lafayette; as well as numerous nieces, nephews, aunts, uncles and cousins. Bryan was born in Laurel, Mississippi, July 25th, 1959. Through childhood, he and his family moved throughout the south, and eventually settled in Lafayette in 1975, where he resided until his passing. He graduated from Lafayette High School in 1977, and attended the University of Southwestern Louisiana (now the University of Louisiana at Lafayette) where he earned a Bachelor's Degree in Business. Bryan co-owned and worked at his family's business, Knight Oil Tools in Lafayette, for over 40 years, notably as director and vice president of the company, until he retired in 2019. He was a gifted oilfield salesman, repeatedly named top salesperson for Knight Oil Tools for many years while at the company. Bryan's passion in life was his friends. The family has been overwhelmed this week with the outpouring of love and remembrances from Bryan's numerous acquaintances and coworkers from across the country. The common phrase mentioned is his "heart of gold", a dedication that summed up his desire to unconditionally help a friend in need any place, anytime. Together with this, they remember his gift to make us laugh or smile even in the toughest of times. An avid sportsman, he was a lifelong member of Ducks Unlimited. He was also a member of the Krewe of Endymion in New Orleans for over 40 years, and a die-hard Saints fan. Dedicated to his profession, he was a member of the Petroleum Club of Lafayette for most of his career. Bryan was also annually involved in the Louisiana Gulf Coast Oil Exposition in Lafayette and the Offshore Technology Conference in Houston. Bryan was a generous benefactor to numerous local charitable and civic organizations and events. Most personal was his passion for all things Ragin’ Cajun, including Ragin’ Cajun Athletics, the UL Lafayette Foundation and the ULL Alumni Association. He was a director on the Eddy Knight Family Foundation, contributing to hundreds of charitable organizations locally and across the country. A private memorial service will be held by his family. In lieu of gifts, contributions can be made in Bryan's name to the University of Louisiana at Lafayette Foundation, Ducks Unlimited, or to the Community Foundation of Acadiana. View the obituary and guestbook online at www.mourning.com Martin & Castille-DOWNTOWN-330 St. Landry St., Lafayette, LA 70506, 337-234-2311

Bryan Ray Knight, 61, of Lafayette passed away at home November 14, 2020. He was preceded in death by his parents Ann Rinchuso Knight and Edward Ray &#8220;Eddy&#8220; Knight. He is survived by his son, James Edward Knight, of Los Angeles, California;... View Obituary & Service Information

The family of Bryan Ray Knight created this Life Tributes page to make it easy to share your memories.

Bryan Ray Knight, 61, of Lafayette passed away at home November...

Send flowers to the Knight family.