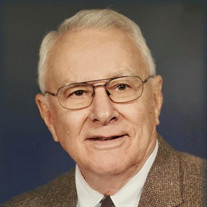 Hubert “Hugh” Dugas, 90, of Millville and formerly of Upton, MA., passed away peacefully on April 20, 2021, at his home surrounded by his family. Hugh was born March 3, 1931 in Scott, LA. He was the son of the late Ambroise and Edmaze (Ancelet) Dugas. He was raised and a graduate of Rayne High School, Class of 1948. He served in the United States Marine Corps from 1948 to 1975, serving his country for 27 years. Hugh attained the rank of Master Gunnery Sergeant (E-9) along with being awarded the rank of Captain during the Vietnam War. During his military career, Hugh participated in the Korean and Vietnam wars. His military awards consist of the Purple Heart, Joint Service Commendation Medal, Combat Action Ribbon, Navy Unit Commendation, National Defense Service Medal w/star, United Nations Service Medal, Korean Service Medal, Vietnam Service Medal w/4stars, Republic of Vietnam Campaign Medal w/device and Vietnam Gallantry Cross Unit Citation. After Hugh’s retirement, he pursued his hobby of clock repair by attending the Oklahoma State University Institute of Technology as first a student and then as an instructor of clock repair. Hugh is survived by his former wife, Louise (Anderson) Dugas of Upton; his five children, Michelle R. Mulvey of Millville, Michael P. Dugas of Upton, Christina G. Dugas of Upton, Valerie A. Sumner of Ocean Isle Beach, NC., and Robert H. Dugas of Upton; fourteen grandchildren; and nine great-grandchildren. He is predeceased by his eight siblings, and his grandson, Conor M. Dugas of Upton. Calling hours are from 2:00 PM to 4:00 PM on Sunday, April 25, 2021 in the Pickering & Son Upton Funeral Home, Inc. 45 Main St., Upton, Massachusetts. A funeral Mass will be held at 10:00 AM on Monday, April 26, 2021 in St. Gabriel the Archangel Parish, 151 Mendon St., Upton, Massachusetts. Services will continue in Louisiana with calling hours from 4:00 PM to 8:00 PM with a Rosary prayed at 6:00 PM on Friday, April 30, 2021 in Martin & Castille Funeral Home, 802 Alfred St. Scott, LA. Visitation will resume from 8:00 A.M. until the funeral Mass at 10:00 AM on Saturday, May 1, 2021 in Sts. Peter & Paul Catholic Church in Scott. Burial with military honors will follow in Sts. Peter & Paul Cemetery. In lieu of flowers, Hugh would like donations made to the Foundation for Prader-Willi Research in honor of his great granddaughter Siena Dimuccio. Donations can be made on line at www.fpwr.org or by check to the Foundation for Prader-Willi Research at Dept. LA 23216, Pasadena, CA, 91185-3216. View the obituary and guestbook online at www.mourning.com Martin & Castille-SCOTT-802 Alfred St., Scott, LA 70583, 337-234-2320

The family of Hubert "Hugh" Dugas created this Life Tributes page to make it easy to share your memories.

Send flowers to the Dugas family.