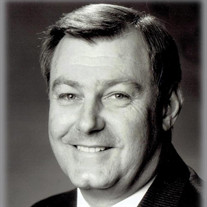 A Private Mass of Christian Burial will be held on Friday, December 11, 2020 at 2:00 PM, in the Cathedral of St. John the Evangelist Catholic Church, for Jack Marvin Patin, age 85, who died at Our Lady of Lourdes Regional Medical Center, Saturday morning, December 5, 2020. Interment will be in Calvary Cemetery. Reverend Monsignor Douglas Courville, JCL, Pastor of St. Stephen Catholic Church in Berwick, will be the Celebrant of the Mass and conduct the funeral service. Concelebrating the Mass will be The Very Reverend Chester C. Arceneaux, VF, Rector of the Cathedral of St. John the Evangelist Catholic Church. For family members and friends who are unable to attend on Friday, December 11, 2020, at 2:00 PM, the service will be live-streamed to a Memorial Facebook Group dedicated to Jack Marvin Patin. To join the group, click the link below and then "join group". The video will appear on this group at service time 1:55 PM. You may also share memories, pictures and condolences to the family in this group. Facebook link: www.facebook.com/groups/jackpatin/ Survivors include his beloved wife of 65 years, Madeleine Calais Patin; his daughters, Madeleine Fincke, Mary Christine (Tina) Jumonville, Melanie Stokes, and Elizabeth Egan and her husband, Jimmy; his grandchildren, Dr. Thomas Fincke (Hilary), Frances Fincke Person (Lance), Christine Jumonville Robinson (Steve), Alex Jumonville, Rachel Jumonville, Hannah Jumonville, Jack Egan, Wyatt Egan, and Garrett Egan; his great-grandchildren, Flora and Theo Person, Foster Fincke, Hazel, Henry, Ruby Robinson and Zander Jumonville. He was preceded in death by his parents, George Patin and Enola Landry Patin; his sister, Carolyn Patin Girouard, his infant brother, George Patin, Jr.; his in laws, D. Paul Calais, Jr. and Edith Angelle Calais, and son in law, Jason Jumonville. Jack graduated from Lafayette High School in 1953, serving as Class President. He played football and baseball, and was also on the American Legion baseball team, earning the American Legion award. Jack was the LHS Carnival King. He joined the Naval Reserves in his senior year in high school and proudly served his country for 8 years. He attended SLI (now ULL) and was a member of the baseball team. He graduated from the American Institute of Banking from USL (now ULL) and the School of Banking of the South at LSU. He was in the banking business for 45 Years. Jack began his career at First National Bank and retired as Executive Vice President from Bank of Sunset. He was involved in various community organizations including Optimist Club, Beaver Club, State Treasurer of Ducks Unlimited, Treasurer of the Cathedral-Carmel Parents Club, Director of Junior Achievement, Board Member of the Lafayette Chamber of Commerce and the Acadian Home Builders Association. He was a devout Catholic and devoted to saying his Rosary daily. Pallbearers will be Dr. Thomas Fincke, Alex Jumonville, Jack Egan, Wyatt Egan, Garret Egan, Lance Person, and Steve Robinson. Honorary Pallbearers will be those he held dearly, his nieces and nephews, his many friends, and the Lafayette High Class of 1953. In lieu of flowers, memorial contributions may be made in Jack’s name to the Cathedral of St. John the Evangelist, Cathedral-Carmel School Foundation, St. Jude’s Children’s Research Hospital or a charity of your choice. View the obituary and guestbook online at www.mourning.com Martin & Castille-DOWNTOWN-330 St. Landry St., Lafayette, LA 70506, 337-234-2311

A Private Mass of Christian Burial will be held on Friday, December 11, 2020 at 2:00 PM, in the Cathedral of St. John the Evangelist Catholic Church, for Jack Marvin Patin, age 85, who died at Our Lady of Lourdes Regional Medical Center, Saturday... View Obituary & Service Information

The family of Jack Marvin Patin created this Life Tributes page to make it easy to share your memories.

A Private Mass of Christian Burial will be held on Friday, December...

Send flowers to the Patin family.