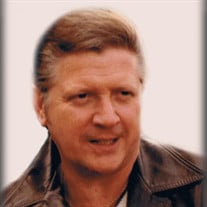 It is with deep sadness that Lafayette and the Acadiana area are mourning the loss of one of its Acadiana natives, Marcus Jerome Denais, who made major contributions to our city, State and its institutions. Marcus was born January 23, 1940.... View Obituary & Service Information

The family of Marcus Jerome Denais created this Life Tributes page to make it easy to share your memories.

It is with deep sadness that Lafayette and the Acadiana area...

Send flowers to the Denais family.