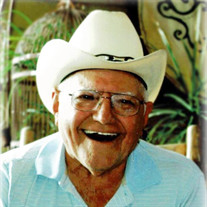 Funeral services will be held on Monday, January 31, 2022, at a 1:00 pm Liturgy of the Word in Martin & Castille Funeral Home in Scott for Odin Joseph Thibodeaux, 89, who passed away on Thursday, January 27, 2022, at his residence in Duson surrounded by his family. Interment will be in Sts. Peter & Paul Cemetery. Deacon Clifford Tanner, of Sts. Peter & Paul Catholic Church in Scott, will conduct the funeral services. Survivors include one daughter, Judy Thibodeaux Touchet and her husband, Roy of Duson; two grandchildren, Chad Ryan Touchet and his wife, Celeste of Scott, and Tanya Lynn Touchet and her companion, Stacey Gautreaux of Duson; six great grandchildren, Talia Touchet, Aidan Prejean, Even St. Julien, Madeline Bourriague, Taeghan Bourriague, and Raquel Gautreaux. He was preceded in death by his beloved wife, Mazie Baudoin Thibodeaux; his parents, Clesmae Thibodeaux and the former Agnes Alleman; one sister, Addie Marie Lantier; one brother, Aubrey James Thibodeaux, Sr. Mr. Odin was a native of Mire and a longtime resident of Duson. He was a parishioner of Sts. Peter & Paul Catholic Church in Scott having worked on the church grounds for over 20 years having also worked for Sacred Heart Catholic Church in Church Point. Mr. Thibodeaux was a skilled carpenter, having worked with custom cabinetry, mostly for new construction, for Harris Lantier Construction for over 30 years. His hobbies included horse races, raising horses, tending to the Thoroughbreds, he also raised sheep for the local 4-H club assisting the young members with livestock shows at the local, district and state level. Mr. Odin enjoyed spending time outdoors, raising roosters and a variety of animals on his property in Duson. Time spent with family was time well spent, he enjoyed family gatherings and holidays, he loved spending time with his family, grandchildren, great grandchildren, nieces and nephews. Pop enjoyed life and was a happy person, his laughter and smile will be greatly missed. Pallbearers will be Rickey Lantier, Chad Touchet, JR Thibodeaux, Charlie Allemand, Gerald Menard, and Christopher Thibodeaux. The family requests that visitation be observed in Martin & Castille's SCOTT location on Monday from 10:00 am until time of services. A Rosary will be prayed on Monday morning at 11:00 am in Martin & Castille Funeral Home. A heartfelt appreciation is extended by the Thibodeaux family to the doctors, nurses, and staff of Lourdes Hospice, especially Gary, Crystal, Cindy, and Kiki; and the Our Lady of Lourdes Regional Medical Center, Rehab - 6th floor, especially his nurse, Courtney and Adam. View the obituary and guestbook online at www.mourning.com Martin & Castille-SCOTT-802 Alfred St., Scott, LA 70583, 337-234-2320

Funeral services will be held on Monday, January 31, 2022, at a 1:00 pm Liturgy of the Word in Martin & Castille Funeral Home in Scott for Odin Joseph Thibodeaux, 89, who passed away on Thursday, January 27, 2022, at his residence in Duson surrounded... View Obituary & Service Information

The family of Odin J. "Pop" Thibodeaux created this Life Tributes page to make it easy to share your memories.

Send flowers to the Thibodeaux family.