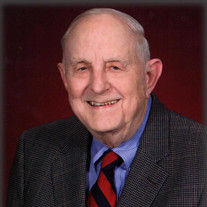 A Mass of Christian Burial will be held for Mr. Paul E. Boriskie on Monday, August 2, 2021, at 11:00 AM at St. Pius X Catholic Church in Lafayette. Mr. Paul was 87 when he went home to be with Jesus on Tuesday evening, July 27, 2021 at his residence in Lafayette. The family requests that visitation be observed in Martin & Castille's SOUTHSIDE location on Sunday, August 1, 2021 from 4:00 PM to 7:00 PM and will continue on Monday, August 2, 2021 from 8:30 AM until time of services. A recitation of the Rosary will be led by St. Pius X Knights of Columbus, Council 8901, at 5:00 PM on Sunday, August 1, 2021 at Martin & Castille SOUTHSIDE location. Interment will be in Calvary Cemetery. Reverend Steven LeBlanc, Pastor of St. Basil Catholic Church in Judice, will serve as Celebrant of the Mass and conduct the funeral services. Assisting in the funeral Mass will be Deacon Sammy Russo and Deacon Phil Lizotte. Left behind to cherish his memory is his beloved wife of 63 years, Henrietta Bertrand Boriskie; his daughter, Karen Boriskie Mills; his son, Michael J. Boriskie and his wife Leslie; his granddaughter, Michelle G. Marks and her husband John; his great-grandchildren, Layla and Eli Marks; his sister, Claire Moody and her husband D.A.; his sister, Emily Graser and her husband Ted; his brother-in-law, Dr. Charles Bertrand and numerous nieces and nephews. He was preceded in death by his parents, Dr. Paul P. Boriskie and Louella Navarre Boriskie. Paul was born in Port Arthur, Texas, where he attended grade school. His family moved to Marksville, Louisiana, where he graduated from Menard High School in Alexandria in 1951. Paul married Henrietta Bertrand in 1958, and she is still the love of his life. He graduated with a B.S. in Geology in 1960 at SLI. He began employment for the Atlas Chemical Company in Houston, Texas and was shortly transferred to Great Bend, Kansas. He returned to Louisiana in 1967 and worked as a mud engineer offshore and transferred to New Orleans in sales and marketing. Paul retired from Baker Hughes in 1990, returned to Lafayette and worked part time for Home Depot for 10 1/2 years, until 2005. Paul and Henrietta loved to travel and experienced cultures, history and old churches. Their travels took them to Italy, France, Austria, Switzerland, Ireland, Alaska, Canada, and Nova Scotia. The best trip was a pilgrimage to the Holy Land in 2012. He was proud of his service to his country, having served four years active duty and four years reserve in the United States Navy. He enlisted in 1952 and was schooled as a radio operator. He served three and a half years aboard the Seaplane Tender U.S.S. Gardiners Bay AVP-39 and participated in the Korean War, performing air-sea rescue and tending amphibious control planes. After active duty, Paul returned to Lafayette and enrolled at SLI in 1956. Paul was past president of S.P.E. Chapter in New Orleans, member of API and AADE in New Orleans, Boy Scout Troop 796, St. Cletus in New Orleans, and was Assistant Scout Master. He was an active member of the St. Pius X Catholic Church Parish, serving as an Eucharistic Minister, daily Rosary-Mass Group Ministry, weekly nursing home ministry, volunteered at St. Joseph Diner, past president of St. Pius X Usher Society, a member of the Knights of Columbus, St. Pius X Church Council 8901, member of American Legion, Lafayette Post 69, and Fatima Blue Army. Pallbearers will be Matthew Graser, Theo Graser, Peter Graser, John Marks, Doug Moody, and Phil Moody. Honorary Pallbearers will be Eli Marks, and Bill Bellefontaine. Memorial contributions can be made in Mr. Paul E. Boriskie's name to Hospice of Acadiana, 2600 Johnston St. Lafayette, LA 70503 or you can click this link to donate https://hospiceacadiana.com. View the obituary and guestbook online at www.mourning.com Martin & Castille-SOUTHSIDE-600 E. Farrel Rd., Lafayette, LA 70508, 337-984-2811

A Mass of Christian Burial will be held for Mr. Paul E. Boriskie on Monday, August 2, 2021, at 11:00 AM at St. Pius X Catholic Church in Lafayette. Mr. Paul was 87 when he went home to be with Jesus on Tuesday evening, July 27, 2021 at his residence... View Obituary & Service Information

The family of Paul E. Boriskie created this Life Tributes page to make it easy to share your memories.

A Mass of Christian Burial will be held for Mr. Paul E. Boriskie...

Send flowers to the Boriskie family.