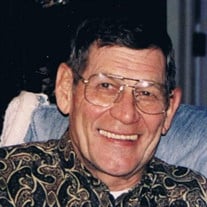 A Memorial Service will be held on Saturday, May 22, 2021, at 11:00 AM in Martin & Castille's La Fleur de Lis Chapel in Lafayette for Dr. Victor Hugo Feske, Jr., age 91, who passed away on Sunday, May 16, 2021 at his residence in Lafayette. The family will receive guests on Saturday from 9:00 AM until the time of the service. An only child, Victor was born in Lafayette on October 17, 1929 but grew up in nearby Franklin. He was an active member of the first Boy Scout troop to be formed in the state of Louisiana, eventually earning the rank of Eagle Scout. Victor and his best friend, Thomas Kramer, were co-valedictorians of the Franklin High Class of 1946. He received a scholarship to LSU that included a four year fee-exemption and a stipend of $20. While studying to become a physician he married Beauford Terry of Childersburg, Alabama in December 1951 in New Orleans. This union produced a daughter and 2 sons. In 1954 Victor graduated from LSU Medical School and entered the U.S. Navy as an ensign soon thereafter. He qualified as a flight surgeon at Pensacola Naval Air Station where he completed a one year medical internship. He was then assigned to Chelsea Naval Hospital near Boston followed by a stint at the Naval Air Station in Lakehurst, New Jersey. Dr. Feske remained in the Naval Reserves after leaving active duty in 1957, advancing to the rank of Lieutenant Commander prior to retirement from the Navy. Returning to his home town, he then opened a solo medical practice. He remained a family practitioner in Franklin for two decades, setting an innumerable number of broken bones, delivering hundreds of babies, performing dozens of vasectomies, serving as deputy coroner, establishing Franklin Foundation's first coronary care unit and gaining certification in EKG interpretation. At one point he learned hypnosis to help out a friend who needed dental surgery but was allergic to anesthetic medicines. An avid hobbyist, Victor operated a Ham radio, learned locksmithing and safecracking and even acquired a rudimentary skill at bricklaying. Later he also learned to crab including making his own crab traps and provided crabs for boiling with friends on numerous occasions. Despite a busy medical practice he found time to take on the role of president of the local Little League, to umpire scores of baseball games and to serve as team physician to the local high school football team. In 1979, Dr. Feske closed his medical practice in Franklin and began working as an emergency department physician at Our Lady of Lourdes in Lafayette. He then became Medical Director of the ED and concurrently Medical Director of Acadian Ambulance as well as Lourdes Intensive Care Units. His first retirement was in 2000. He jokingly said he was not Y2K compliant. Throughout his 58 years as a physician he was a both a student and a teacher. He became Board Certified in Family Medicine, not through a residency program but through his own study and passing of a rigorous exam. In 1984 he became a Fellow in the American College of Emergency Physicians. Neither was this a residency program but was again accomplished through his desire and determination to reach the highest level of qualification. Dr. Feske came out of retirement to become the Medical Director of Hyperbarics and Wound Care again at Lourdes. As was typical of him he sought out the best educational opportunities to ensure he was qualified for the job. He was never one to remain idle. After his retirement from hyperbarics, he then worked several years as an occupational medicine physician until his final retirement in September 2012. Throughout his career he was greatly respected and trusted to know what to do in any situation by other physicians, nurses and medics. His clinical judgement was impressive even before the days of CT's and MRI's. His ability to remain calm in chaotic and critical situations was a comfort to staff and patients alike. He also saw these times as an opportunity to teach. During his last 2 days there were staff members of Hospice of Acadiana who commented that they had either worked with him or he had delivered them. He was known to be a fount of all information. Living with him was like living with the Encyclopedia Brittanica. He will be missed. His passing is as the end of an era. The family thanks Drs. Christopher LaGraize, Jacob Landry, Frank Bacque, Henry Kaufman, Dana Dicharry, Michael McGiver, numerous hospitalists, staff of ED, PCU, Rehab, Surgery and Hospice of Acadiana. Survivors include his beloved wife, Barbara Marcotte Feske; his daughter, The Rev. Dr. Millie Feske and her husband Buddy; his sons, Dr. Victor Feske, III and his wife Dr. Anne Pinfold, and Dr. Steven K. Feske and his wife Dr. Carlee Blamphin; and his grandchildren, Kate, Samuel, Joel, Gillian and Liam. He was preceded in death by his parents, Victor Feske, Sr. and Charlene Lovin Dickey; his first wife, Beauford Terry Feske; his sons, Jason Hunter and Matthew Feske; and his grandchildren, Carl Steven Feske and Alexandra Margaret Hunter. In lieu of flowers the family requests donations to the Marine Corps League Acadiana Detachment, P. O. Box 51703, Lafayette, LA. 70505 or Hospice of Acadiana, 2600 Johnston Street, Suite 200, Lafayette, LA. 70506. View the obituary and guestbook online at www.mourning.com Martin & Castille-SOUTHSIDE-600 E. Farrel Rd., Lafayette, LA 70508, 337-984-2811

The family of Dr. Victor Hugo Feske, Jr. created this Life Tributes page to make it easy to share your memories.